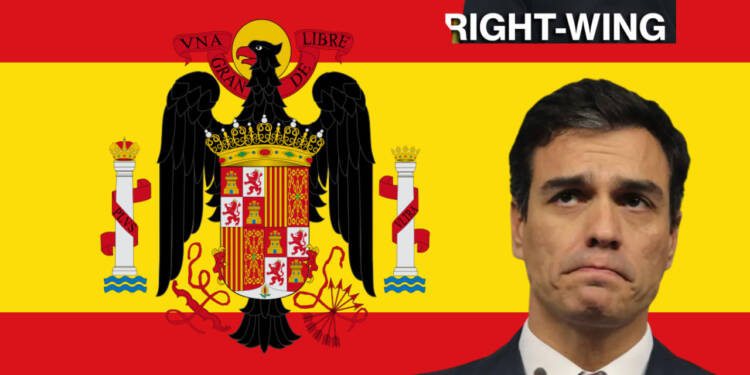 There are four big guns of the European Union, Germany, France, Italy and Spain. The global media merrily covers the happenings of the first three nations but, Madrid remains untouched due to its relative calmness.

It neither indulges in a war of words nor reacts to any major geopolitical happening. However, Spain’s recent action has caught everyone’s attention. As the energy crisis pushes Madrid into the dark, the Spanish Prime Minister for the first time ever has criticized the EU.

According to Politico, Sánchez has stressed that Europe’s energy system is now “a market that doesn’t function,”. Spain has raised questions over EU’s policy in a very rare event. As per Sánchez, the EU requires new policies like never seen before.

Beyond a shadow of doubt, Pedro Sanchez’s approval rating has tumbled due to the Ukraine war. According to Morning Consult, Sanchez’s approval has dropped to 34%. Whereas, his party Spanish Socialist Workers’ Party also known as PSOE is running thin with just the support of just 25% of voters.

And it’s not like Sanchez has no idea about it. Sanchez has stressed that he’s aware of the rising discontent against him as skyrocketing inflation and rising cost of living have caused simmering unrest in nations across the EU. Moreover, Sanchez has urged EU’s right parties to re-evaluate their ties to those groups.

Well, Conservative parties like Sweden Democrats and the Brothers of Italy are poised to have unprecedented levels of influence across the EU, and Sanchez has realized this threat.

Furthermore, in his own nation, he faces threats from rising populism notably from Spain’s emerging conservative Vox party.

Vox party is a rising force in Spanish politics. Founded in 2013, it is led by party president Santiago Abascal and secretary general Javier Ortega Smith. Both of the leaders are known for their hard conservatism in Spain. The party since its inception has remained in the cross hairs of liberals and socialists.

In the 2019 General elections, the party entered the Spanish parliament for the first time and became the country’s third political force in which it secured 3.6 million votes and 52 seats in the Congress of Deputies. Moreover, according to results of subsequent regional elections, and opinion polls, its public support is still on the rise,

In 2022, the party formed a regional government for the first time after reaching an agreement with the conservative Popular Party (PP). The two parties are now governing the region of Castilla y León.

Furthermore, the party stands against the liberal values of the EU.  Vox’s manifestos throughout the years are focused on anti-immigration measures, strict ‘law and order, the defense of Spanish nationalism, and traditional conservatism.

The party has also called for a “reconquest” of Spain and the construction of an “unbreachable wall” around the North African enclaves of Ceuta and Melilla. It frequently criticizes what it regards as the dominance of political correctness, calling for the removal of legislation against gender-based violence and other issues.

Will it join the Bandwagon?

So, one could conclude that the party is not going to be a fan of European Union at all. Now, a very important question arises, will the Vox party join the rising clan against the EU that Hungary’s Viktor Orban and Italy’s Meloni are calling for? The answer is yes.

Georgia Meloni, who is expected to become the next prime minister of Italy and is known for being a fierce opponent of the EU, is eager to work with Vox Party. According to Meloni, if the center-right coalition her party is leading wins, it will open the door for the Vox party to win in Spain, according to the Spanish news agency EFE.

To make a long story short, Spain’s politics, which the global media has ideally avoided, is on the verge of adopting a conservative tilt. Vox Party was not on the cusp to take control of Spain for seven years. But, that might not be the case now. The upcoming general elections are scheduled for 2023, and Sanchez will is sure shot about to lose power any time soon.