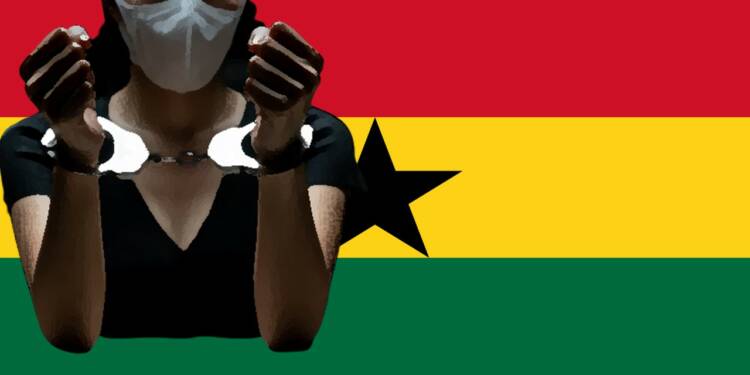 It a well-known fact that China has dug its claws deep into the African continent and just like a parasite, it is living off its resources by sheer exploitation at the cost of human lives. China has always mistreated both Africa and Africans, a sad but true reality.

There is a trial in Ghana which is receiving wide public attention. A Chinese woman called En “Aisha” Huang has been on trial since September, and has been a topic of discussion for many on social media in Ghana. The Chinese woman has been labeled the Galamsey Queen for her involvement in illegal mining in the West African nation.

The word Galamsey, originated from the phrase “gather and sell” and refers to gold mining, is being used on social media as a hashtag. Huang illegally mined gold and timber in the Ashanti region of Ghana. The Chinese national has been charged with conducting illegal mining operations.  En “Aisha ” Huang is being prosecuted by Ghanian authorities along with three other Chinese nationals, all four Chinese accused pleaded not guilty to the charge of selling mining equipment without license. All four were arrested by the National Security of Ghana and the Accra Circuit Court in Ghana denied them bail.

The Chinese woman who considered herself above the law in Ghana and believed she could take the authorities for a ride, is finally facing the consequences of her actions. Ghana is a poor country which is struggling with inflation, poverty, debt distress and unemployment. But the African country has a lot of gold reserves, which it must use if it wants to resolve the economic crisis.

Ghana’s president and finance minister are struggling to get a bailout from the IMF in the wake of the financial crisis. The government is holding meetings with the chief of the IMF, desperate to get financial help. The president blamed Russia for the deteriorating economies in African countries including his own.

In such circumstances, when Ghana is going to use its gold to address the financial problems, Huang thought it would be a good idea to mine gold and timber in Ghana without any license and permission from authorities. Just like any other Chinese, she tried to exploit the situation of an African country by stealing its gold and hoped to become rich. She represents the entitlement which Chinese people bring with them to African nations where they are involved in illegal mining, smuggling rings, racist incidents against locals and attacks. She has no respect for the law and does not care about the consequences. She thinks she is going to get away with this.

It is not surprising that she is so brazen since Chinese involvement in Africa is not a new thing. For decades, the Chinese government and companies have been stealing the mineral resources of Africa. In countries like Democratic Republic of the Congo, China has created an extensive network of illegal activities through which gold and cobalt are being stolen. Many investigative reports and fact-finding assessments have uncovered that Chinese companies with no prior experience in mining got licenses and permits and are operating mines. China has been blatantly flouting the norms and breaking the law in Africa without fear of any consequences. The locals oppose China. Many Chinese nationals have been attacked by the African people who try to send a message to their governments that China’s presence in their lands is dangerous. But they are often ignored.

This is where Huang must have drawn her inspiration from. She thought that just as these companies were able to get away with stealing mineral resources in Africa, she too would be able to do that. Just like Chinese corporations are able to bribe government officials in Africa so that they can continue their illegal activities, she too thought paying money to public servants would keep them quiet about her insidious activities. She was certain about escaping the law in Ghana, not realising that her actions would draw wide public scrutiny.

This is not the first time Huang is being punished for her crimes by Ghanian authorities. Yes, you heard that right as five years ago she was prosecuted for the same offences. In 2017, she faced the law and was held accountable for illegally exploiting the mineral resources of Ghana. After her first prosecution, she somehow fled the nation in 2019. The audacity of this woman to return to Ghana and commit the same crimes again has angered the citizens who are already struggling with Chinese dominance in their country.

The government of Ghana and judiciary are not going to tolerate the presence of a Chinese national who thinks she is not answerable to the law, who is so overconfident about escaping justice in Ghana that she decides to show up again and has no guilt for her crimes. The reason why this case is getting so much attention from the citizens in Ghana is because Chinese people are rarely held accountable for their actions in Africa. Despite African people telling their government that China is committing illegal acts, harming their countries and robbing them of their resources, governments refuse to initiate any action.

Perhaps the verdict in this case will prompt other states in Africa to do something about Chinese incursions in their lands.

After the Twitter bot attack, it seems Elon Musk has halted his Starlink services for Ukraine