As the tussle between London and Glasgow continues, the Scottish first minister has vowed that Scotland would leave the umbrella of the United Kingdom at any cost 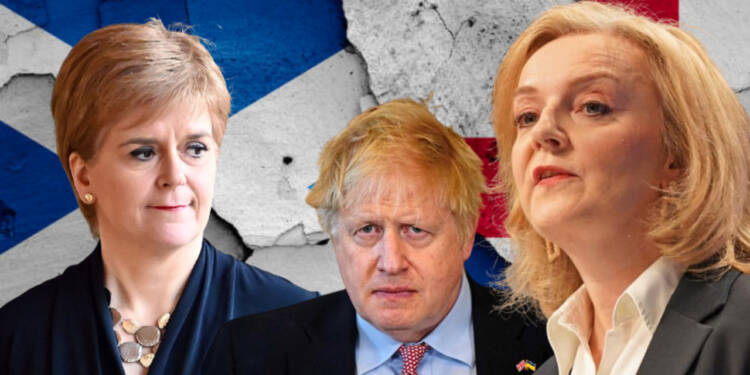 Scotland, the northernmost part of the United Kingdom which occupies about one-third of the island of Great Britain could very soon leave the Kingdom. The legal hearings about a second Scottish independence referendum are likely to begin in Britain’s top court next week.

The ruling Scottish National Party (SNP), which supports independence, and the Scottish Greens are asking the UK Supreme Court to rule on whether they can move on with plans to hold a referendum without the agreement of the British parliament. As the tussle between London and Glasgow continues, the Scottish first minister has vowed that Scotland would leave the umbrella of the United Kingdom at any cost.

According to Reuters, Scottish First Minister Nicola Sturgeon is confident that a second referendum on Scottish independence could take place in October next year.

Reportedly, Sturgeon said, “We put our case to people in an election or we give up on Scottish democracy,”  Furthermore, she added, “It should be a last resort.”

If the media reports are to be believed, the Scottish government intends to use the British general elections as a cover for a de facto referendum on Scottish independence. Also, the SNP (Scottish National Party), which presently controls Scotland, is convinced that the country would secede from the United Kingdom, and the majority of Scots would welcome this move.

The SNP has always opposed being a part of the Kingdom and has repeatedly asked for a referendum. However, a majority in favor of leaving London’s administration could not be reached yet.

The last referendum took place back in 2014. The British government approved the referendum, However, Scots rejected independence by 55%-45%. You see, how minor the gap is!

But now, the tides are turning. Scottish authorities are arguing that Brexit has been a game changer, and now, Scottish people would welcome the exit open-heartedly. To be honest, the authorities aren’t wrong.

The last referendum, held back in 2014, was when the economics of the state and the union were at the forefront. But, the United Kindom before and after BREXIT is as different as chalk and cheese.

The after-effects of Brexit have taken a deep toll on UK’s already faltering economy. Along with staggering GDP growth and spiking inflation, EU imposed new trade restrictions between the U.K. and the rest of Europe limiting the ability of British citizens, in this case, Scottish to move as freely around the EU.

Scottish parties have vehemently opposed these restrictions and have pushed all the blame on authorities in London. For them, leaving the EU was a big mistake. Scotland’s economy was strong, including sectors like energy, financial services, and tourism. It had a thriving university sector, abundant natural resources, and reliable institutions. But now, the world is losing its confidence in Glasgow as well due to its allegiance with the UK.

Another major thorn that could lead the way for Scottish Independence is SNP’s difference with Tories in power. For those who don’t know, the flat-rate “poll tax” passed in 1988 by Margaret Thatcher was particularly unpopular in Scotland.

As people were protesting against the poll tax in Glasgow, Thatcher attended the Scottish Cup final between Dundee United and Celtic. The significance of this event is that when Thatcher handed the trophy, supporters of both teams held up red cards and raised slogans against her.

This has been the case with everyone afterwards. From Tony Blair to Boris Johnson, every UK leader has failed to stand on common grounds with the Scottish People.

Furthermore, SNP in its anti-UK campaign continuously stresses that Tories suppress Scottish people on purpose. According to Boris Johnson, a second referendum would be held “once in a generation.” He has objected to the second referendum, claiming that there was a significant 41-year gap between the two UK referendums on the EU, one in 1975 and the other in 2016.

Read More: Scotland could be an independent nation soon

All the recent poll predictions of Scottish independence solidify the chances of break-up in the United Kingdom. The pandemic and Brexit have put the Union in its worst possible situation, and with a pro-independence motion scheduled to enter into legal hearings next week, the UK may soon lose Scotland, which would prompt Wales and Northern Ireland to follow suit.