To avert a civil war, France may quit NATO yet again 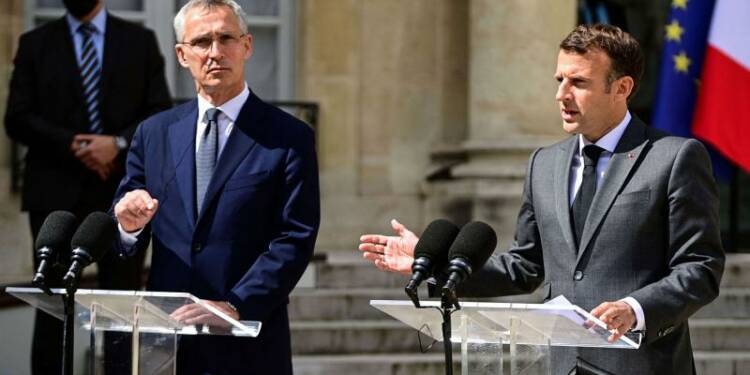 History has time and again taught us that an absent-minded alliance with the US could be a costly affair and for those who failed to grasp this reality, another lesson is now in the making. The Ukraine war sponsored by the Biden administration has wreaked havoc on the global economy with Europe becoming its biggest sufferer. Sanctions on Russian imports have made the citizens in nations like France and Germany uncomfortable especially with winter approaching.

Large swathes of people in Paris staged a huge rally to call for an end to France’s membership in the US-led NATO, while also protesting against the high costs of living. You see, France has been one of the worst-hit countries as a result of the Ukraine war. Although they did maintain alternate sources of supply but are still facing difficulties due to an exponential rise in gas prices. The trouble with France’s nuclear electricity generators further added to the worries of Parisians.

Read More: A detailed take on France’s atrocities in the Sahel region, and why the countries are now rooting for Russia

Notably, the French leader Emanuel Macron did try to persuade his allies in the EU and NATO to have a dialogue with Putin and find a common ground so that the continent could be liberated from endless suffering. However, Biden quashed all his attempts to establish peace so that he could solidify his legacy as the American President who defeated Russia in an indirect war.

Biden’s ambitions have cost the US way too much in the form of record-high inflation and a historic recession. Nevertheless, the US’ survived due to the availability of energy whereas Europe suffered.

France is a highly developed economy and its people have been familiar with a certain way of life for centuries. No economic instability in its history has really affected the standard of living like the current one. As a result, the people are now on the streets and demanding that Paris withdraw from the NATO alliance. Moreover, they want Macron to stop assisting Ukraine and mend relations with Putin so that gas prices could be stabilized.

Interestingly, on Wednesday, French right-leader Marine Le Pen stated that if she won the presidency, she would once again leave the military command of the US-led alliance.

Read More: France is planning to end US-led NATO as we know it

For those who do not know, in 1966, French President Charles de Gaulle downgraded France’s membership in NATO and withdrew France from the NATO Military Command Structure to pursue more independent defence options due to souring relations between Washington and Paris because of the refusal to integrate France’s nuclear deterrent with other North Atlantic powers.