Whatever it takes, the US has sworn to fight Russia for Ukraine. However, Europe is having second thoughts 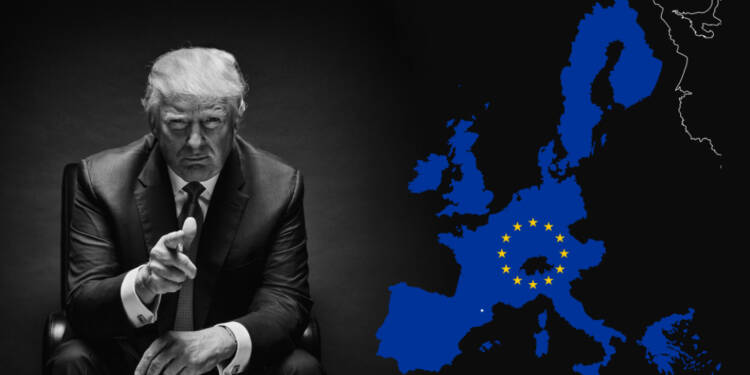 According to Politico, Hungarian Prime Minister Viktor Orban has stressed that only Former US President Donald Trump could end the war in Ukraine. Reportedly, the Hungarian PM asserted that peace negotiations are the need of the hour between the U.S. and Russia, with Trump serving as the American representative.

Furthermore, Viktor Orbán asserted that only American military assistance has encouraged Ukraine to carry on fighting, adding that “the Ukrainians have infinite resources since they get all that from the Americans.”

Orbán believes that the current U.S. President Joe Biden is not the adequate person to lead the negotiations, as he has “gone too far” with his accusations and provocation attempts against Russian President Vladimir Putin.

Orban has also claimed that the “war would never have broken out if Donald Trump was still head of the United States and Angela Merkel was the German Chancellor.”

Well, without any shadow of a doubt, Viktor Orban has never been a great fan of Joe Biden and the Democrats of the USA.

In recent times, several European leaders, including French President Macron and Finnish PM Sanna Marin have expressed their dissatisfaction with Biden and his non-sensical approach to the Ukraine war. Biden has practically enslaved and blackmailed European countries to continue fighting for Ukraine. Russia and Europe’s ties have been shattered by Biden alone.

However, things were a lot different when Donald Trump was the President of the United States. Firstly, the crisis in Ukraine is not new at all. The tensions were still high during the Trump era. In 2019, Trump approved the US federal budget, which included around $400 million in military funding to aid NATO’s efforts to stave off Russian forces in Ukraine and the US. Trump highlighted that the assistance should only be used in retribution and not as a means of provocation.

Trump has often emphasized that official talks between Ukraine and Russia are the only way to settle disputes pertaining to the Donbas region. Even a meeting between Zelensky and Putin at the Normandy conference was arranged at the request of US and EU leaders. There were no signs of a possible war. Trump even tried maintaining a fine line between Russia and the EU. At the UN summit, Trump had warned Germany and the rest of Europe to stop relying on Russia for energy as Putin in future could choke these supplies.

Guess what, he was not wrong at all. Putin has undoubtedly choked Europe’s energy.

Pushing Zelensky against Putin has been a great bargain for the Democrats. Now as European industries are also opening operations in the USA, American revenues are skyrocketing. Consequently, Europe is becoming increasingly dependent on the USA.

Additionally, Biden is threatening nuclear war now. The US President emphasized a few days ago that Putin is driving the globe toward “armaggedon.” Pentagon employees and European politicians did not appreciate these remarks.

Due to these faulty approaches of Biden, the tides are turning against him in Europe. On the one hand, France and Germany are openly raising questions over US’ intent and claiming they don’t want World War III. On the other hand, Conservative politicians like Giorgia Meloni, Marine Le-pen are also becoming quite popular in Europe. As far as Meloni is concerned, she is definitely a hard-core Trump supporter and will choose Trump over mad Biden any day.

Bosnian Serb leader Milorad Dodik, also remembered Trump just a few months after the Ukraine war started. He stated, “We must be patient, understand time. Europe is inevitably confused, with its internal problems. I pray to God that Donald Trump comes to power in America again.” The statement came because of the over-interference of Biden in Bosnia’s internal affairs.

Now, these comments of Viktor Orban indicate that Europe is missing Trump ever than before.

Read More: The day of reckoning for radical democrats is coming who framed Trump for the Capitol riots

When Trump was the President of the United States, Europe consistently criticized him, branding him a megalomaniac who might ignite World War III. They now realize that Joe Biden, who was formerly thought to be a savior of the world, could be the catalyst for the Third World War. They are now pleading with Trump to engage in peace talks, which, to be honest, is what Europe needs right now.

London museum is a blatant display of Africa’s stolen wealth