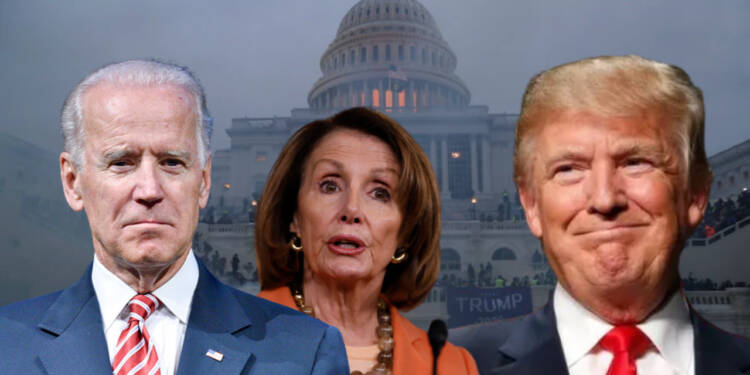 The Republicans are angry over how former President Donald Trump has been framed for the January 6 Capitol riots. Now, they are trying to take a leaf out of the Democratic Party playbook and beat the radical Democrats at their own game.

So, how are the Democrats harassing Republican leaders? And how will the GOP leaders come back at the Democrats after the mid-term elections later this year? Let’s find out.

Republicans understand that the Democratic Party’s actions are a part of a political witch-hunt. McCarthy said, “They’re not conducting a legitimate investigation. They just want to go after their political opponents.” He added, “But the one thing that has changed in America: higher inflation, unsecure border, gas prices, and now we don’t have baby formula.”

Perry too said, “This is all for headlines and sensationalism.” The lawmaker added, “The fact that they sent it to the press before they send it to the members is just proof it’s all about headlines. This whole thing is a charade.”

Republicans to hit back

Pelosi, of course, figures at the top of the list. The Republicans want to target her over her communications regarding security matters ahead of January 6 and as the riot was unfolding.

When asked if Republicans should issue a subpoena to Pelosi, Rep. Buddy Carter, a Georgia Republican said, “I’m gonna tell you the truth: Yes, I do.” Carter added, “This is setting the precedent, and we’re just not gonna lie down and let this happen. There are serious questions about her role on January 6 and exactly what she did and what she didn’t do. And we need to get to the bottom of that.”

Other Republicans too confirmed that there is a broad agreement to go after Pelosi. Rep. Brian Mast, a Florida Republican, said, “I wouldn’t be surprised if there’s a subpoena there.”

While Pelosi and other House Democrats keep blaming Trump and other GOP leaders for the January 6 insurrection, her own role has been questioned by the Republicans.

He had added, “So she doesn’t want us to ask these questions because at the end of the day, she’s ultimately responsible for the breakdown of security at the Capitol that happened on Jan. 6.”