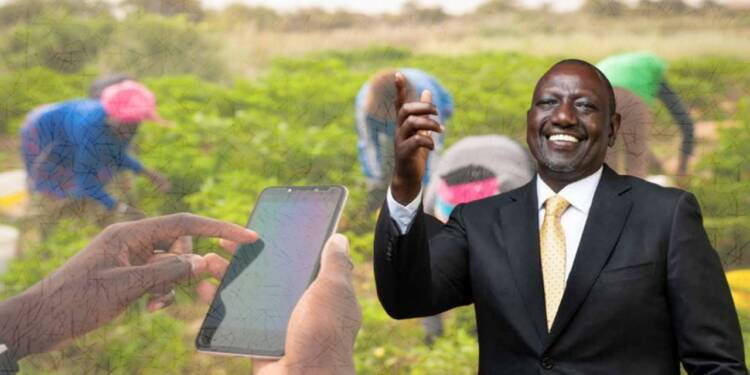 Food is indispensable. Nations which are producing it have economic stability, whereas those which are dependent on rich nations for it will always be in a subservient position and have weaker economies. The majority of Kenya’s food imports come from Uganda, South Africa, European countries, India, and the United States. Kenya imports mainly maize, unmilled wheat and wheat flour, rice, and sugar.

But, a significant change is happening in the East African nation. In Kenya, people are now practicing agriculture in unique ways. Farming in Kenya is attracting people who are passionate about it, expanding it and making it accessible for everyone. Kenyan farmers have turned to social media to teach others about farming. Social media is something which will find itself in every nation, province, town, city and village.

These farmers have created groups on social media which have thousands of members. These include Facebook groups like Digital Farmers of Kenya and the Young Farmers Forum, on WhatsApp. Farmers are teaching those who are new to the field of agriculture about its basic facts and methods.

Generally, people are reluctant to learn about things which they are clueless about. This reluctance stems from the thought of being mocked and shamed for their lack of knowledge. However, with Kenyan farmers joining social media in large numbers, it will help in ending the unwillingness most people have when it comes to practicing agriculture.

Kenyan farmers are now learning about cost-efficiency, different types of seeds, marketing strategy and best seasons to grow and sow. People are reaching out to agricultural experts in huge numbers on social media.  A research firm called Caribou Digital’s report affirms that farmers are gaining information about best farming practices from their peers through online video tutorials.

Now, when it comes to food security, Africa is very dependent on the US, Europe and Russia. This reliance on other nations for the most basic necessity is not good for their economies. Rich countries always take advantage of Africa’s reliance on them by increasing the prices of their products, imposing high tariffs on goods and taking control of Africa’s rich resources in exchange. Nations like the US influence policies and decisions of the governments which import food from it; this is absolutely not in the interest of any nation. But with the emergence of Kenya’s innovative farming idea, things are changing.

More and more people are taking up farming as a profession in Kenya, thanks to smartphones, the food production will go up. Kenya will have food security; it won’t have to seek the assistance of outsiders to feed its people. The country will soon become self-reliant, not only will Kenya have sufficient food for its citizens, it will also be able to export it to its neighbours. We have seen how William Ruto is taking a leadership role in creating African unity in terms of military support, energy infrastructure projects and trade; he will do the same with agriculture in the African region. Kenya will inspire its neighbours and other nations to follow its unique method.

Kenya is on a path to become a food hub in Africa that will help in curbing food insecurity in the African region with its idea.