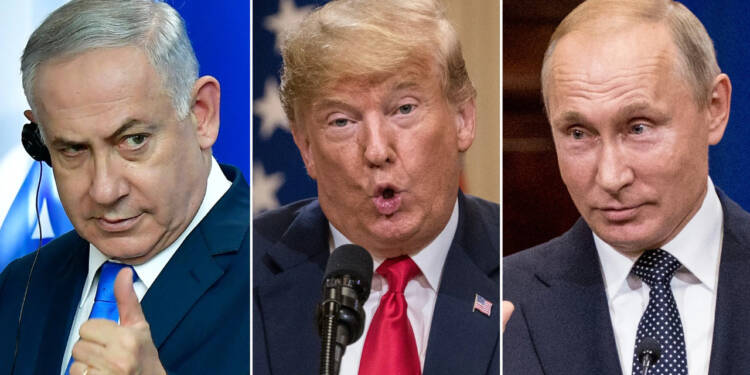 Israel election: It looks like the era of political instability in Israel is finally coming to a halt. After four general elections in three years, Israel has re-elected ‘Bibi’ to lead the Israel with a resounding victory in the election. Benjamin Netanyahu’s party -Likud, which is also known as the National Liberal Movement is coming back to Knesset and with this, the geopolitical situation around Israel and across the globe is also poised to change.

Netanyahu is the man who hates the current grandmaster of the West Joe Biden. So, how exactly the position of Israel is going to change in the future, let’s figure it out.

On 1st November 2022, Israelis voted for the 4th time to elect 120 members of the Israeli Knesset. Following the dissolution of the Knesset and now, as the elections have concluded, the results have started to come. And as the current trends say, Benjamin ‘Bibi’ Netanyahu is poised to return as Prime Minister of Isreal. The figures show that Benjamin Netanyahu-led coalition would win around 61-62 out of the 120 seats. It is inoperant to note that, more than 89% of ballots have been counted so far and projections are that the coalition would get around 65-68 seats. And with this, the political deadlock in Israel is finally over.

Yair Lapid and Neftalu Bennet believed that Israel had moved out of the Netanyahu era. However, they were mistaken. Netanyahu continued his campaign against the Israeli government as the leader of the opposition. And in the midst of all this, Yair Lapid did everything in his reach to get into the good books of the Democrats-ruled United States. The ex-PM Lapid from the very first day was skeptical of peace attempts between Ukraine and Russia and hence met political doom.

Outgoing Prime Minister Yair Lapid had condemned Russia’s war against Ukraine, which was the first such statement from an Israeli prime minister. Furthermore, Lapid even softens his tone on the West Bank issue. But, with Netanyahu, things could go back to where they were.

A Trouble for the West

Unquestionably, Israel and US are considered allies, but, their relations had strained last year because Netanyahu and Joe Biden were not on the same page on several contentious issues. Netanyahu had blasted even Biden for pressuring him to stop attacking Gaza.

Moreover, last year, eight Democrats voted against funding for the replenishment of Israel’s anti-missile Iron Dome defense system. So, one could easily understand that Democrats are no great fan of Bibi and even Bibi follows a no-love lost relation with Democrats.  Although, a Netanyahu victory would be good news for Moscow as Putin would find a lost friend again.

Netanyahu had long argued that only because of his personal relations with Putin Israel kept away from clashing with Russia in Syria, where both their militaries operate.

“Putin told me that were it not for our relationship, we could have found ourselves in the midst of a military clash… Only because we meet every few months has this been avoided,” Netanyahu said in an interview with Army Radio in 2019. Netanyahu kept a pragmatic approach against Russia and never condemned Russia’s aggression against Ukraine.

Additionally, Ex President of Israel Netanyahu’s re-election comes at a time when the Biden Administration is facing growing criticism from the  Gulf. And as a result, an anti-US bloc in the middle east comprising UAE, Saudi and Russia is strengthening.

For those unaware, after losing power, Netanyahu while promising Putin said: ‘I’ll be back soon’. And here we are, He’s back.  The Israeli people were suffering greatly as a result of Lapid and Bennet’s abject failure to carry on their predecessor’s foreign policy. Israel’s geopolitical stance is about to turn again, and it is going to impact the position of Biden in the middle east very dangerously.

Jerusalem is set to return to the path it had taken for the last twelve years under Netanyahu. Though his re-election could have a negative impact on the Biden Administration and other western pawns, and good old days for Israelis are expected to be back.