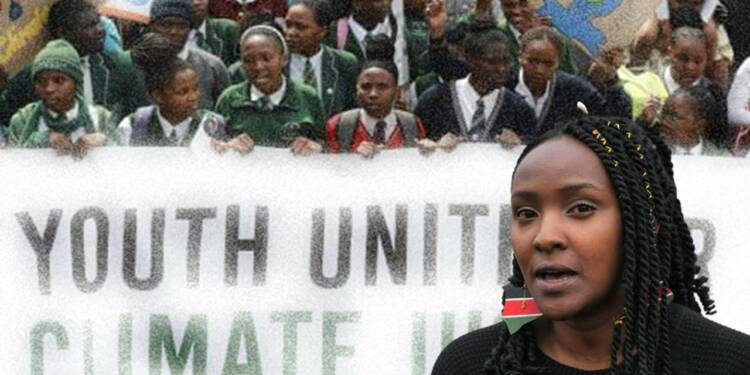 For a very long time, rich countries have used their advantage to harass developing nations. But now the tables have turned. Climate activists are objecting to the demolition of an ancient hamlet called Luetzerath, located in Germany, to expand a coal mine. Elizabeth Wathuti, a Kenyan environmental activist recently visited Germany ahead of COP 27, she expressed her disappointment against the mining plan.

She stated that the climate conference of United Nations is “Africa COP” as the decisions taken there are going to have implications on the people of Africa. Elizabeth Wathuti said, “I’ve been very overwhelmed to see what is happening right behind me because for me, this is what, is killing people in my continent. This is what is devastating lives and livelihoods of frontline communities that are most affected by the climate crisis.”

Further adding, “The current drought situation is affecting millions. And by millions, I mean over 2 million people specifically in north eastern areas are facing climate-related situations. And across the Horn of Africa, we have over 20 million people. And mostly it’s the women and children that are on the front line. They’re the ones that are greatly affected. They are the ones who have to walk for long distances without food and water. And also our ecosystems have been greatly impacted.”

We at TFI explained how the US and Europe act on the issue of climate change. Western leaders organise these big conferences, meetings and summits where countries of Africa and Asia are held responsible for the rising global warming and the destruction of the ecology. The absence of leaders from the so-called Third World is clearly visible in such meetings where poor countries are dictated on how they should pursue progress.

Read more: A nation is as civilized as its Police is and Kenya is making sure of it

Developing states which prioritise their national interests are portrayed in a bad light. Recently, the US, France and Germany objected to South Africa’s decision to use a part of the climate funds it received from them on its electric vehicle industry. The West, which gave South Africa a USD 8.5 billion, stated that it doesn’t want South Africa to use 3 billion on the EV sector as the funds are only meant to facilitate the replacement of coal-fired power plants. In the name of pursuing the sustainable development goals, the West tried to instruct South Africa here on what it should and should not do.

The US and Europe employ climate change as a weapon to interfere in the internal affairs of other countries. The West uses it to obstruct the development and advancement of Africa and Asia. One of the oldest strategies of it is imposing sanctions, passing resolutions and practicing economic isolation with countries which are taking bold steps to revive their economies.  We have seen how the European Union passed a resolution against an oil pipeline project, called the East African Crude Oil Pipeline, being built by Uganda and Tanzania. The project promised significant gains in the field of energy for both East African nations which is what prompted the European leaders to criticise it and put hurdles in its development.

Similarly, US climate envoy John Kerry said that investments in long term gas projects in Africa must be discontinued. He told Reuters, “We are not saying no gas.”  The US official added, “What we are saying is, over the next few years, gas replaces coal or replaces oil.”  The West perceives the rise and growth of African countries as a hurdle to its dominance which will eventually end its dominance and will lead to the demise of its interference in their matters. In reality, it is not concerned about the environment; otherwise it would start taking steps to address the climate crisis by cutting its own greenhouse gas emissions first, which are the highest.

The US and Europe’s real agenda behind the so-called fight against climate change is to keep African and Asian countries economically subservient. However, with Wathuti’s entry, the West is getting the taste of its own medicine. Elizabeth Wathuti, who is from Kenya, did what the US and Europe have been doing for years in Africa. She called out the German government for taking a step which will have adverse repercussions on the environment.

A country like Germany, which considers itself an expert on climate change, now cannot say that Elizabeth Wathuti is interfering in its internal affairs and obstructing its economic advancement because that will expose its hypocrisy as it has been doing the same thing with African nations. Germany will now realise how it feels to have an outsider dictate what must be prioritised and what must not. Hopefully, it will learn a lesson from Elizabeth Wathuti.

Read more: US unveils its military pact with TPLF terrorists to save them from Eritrea and Ethiopia