When the nations like US, Japan and China have exploited their vast fishing grounds, they have turned to the Caribbean for their never-ending needs 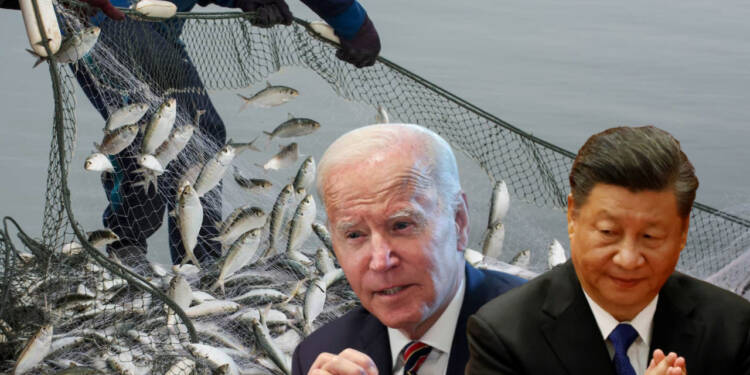 You will never find the hypocrisy that the rich countries show, especially in terms of climate protection, anywhere. Developed countries always go looking for newer grounds for exploitation. They have relentlessly exploited their own natural resources without pursuing sustainable growth strategies, and now their eyes are set on the resources of the rest of the world. Something similar has been happening in the Caribbean region too which now has been left with no other choice but to be victimized by the other strong nations.

Now when the nations like US, Japan and China have exploited their vast fishing grounds, they have turned to the Caribbean for their never-ending needs

The Problem of Illegal Fishing

The problem of illegal fishing has been brewing for quite some time now in the Caribbean. Illegal, Unreported and Unregulated fishing (IUU) and associated crimes are hurting the economic well-being in Latin America and the Caribbean.

Many Caribbean countries such as Dominica, Grenada, Saint Kitts and Nevis, Saint Lucia, and Saint Vincent, are heavily dependent on the ocean and fishing. The relationship of the coastal communities with the ocean also has cultural importance. Several Caribbean dishes such as lambi, and steamed snapper are important elements of their culinary tradition and cultural heritage.

However, fishing has become increasingly difficult due to threats from climate change, and losses from IUU have ravaged economies of the coastal countries which are primarily dependent on fishing. The FAO (Food and Agriculture Organisation of the UN) estimates that total fish consumption in Latin America and the Caribbean will increase by 33 per cent by 2030.

Latin America represents only 2.1 per cent of global aquaculture production, however, experts estimate its losses to IUU fishing to be $2.3 billion a year, which makes it the third hardest-hit continent, according to a report. Countries like Costa Rica have seen by-kill of young fish from the use of illegal nets as well as incursions by illegal fishermen. Further, Ecuador also faces the threat from Chinese vessels and has had to face a flotilla of 340 Chinese vessels catching and storing marine life around the Galapagos Islands. The Chinese boats fishing near Galapagos have put Ecuador on alert. Similarly, overfishing has depleted seafood stocks in Jamaica and has pushed local fishers into deep waters. Jamaica fishers thus run the risk of collision with IUU fishers.

Overfishing by IUU actors has forced the Dominican Republic and Jamaica to increase imports of fish and seafood.

To deal with the threat of illegal fishing, now the UN has come to the scene for assuring the Caribbean nations of eliminating the threat.

Recently, the FAO said that global action to fight illegal, unreported, and unregulated (IUU) fishing has intensified and noted that 100 States have now signed on to an international agreement battling the scourge.

However, the FAO agreement seems more like a mechanism to hide the failure of the UN in fighting against the threat of illegal fishing. Also, it is more like the developed nations do not want the Caribbean nations to take hold of their matters in their own hands. As this will make them masters of most of the regions in which China and the US have created a hegemony and do all illegal fishing. For effective action against this threat faced by the coastal countries, these countries need to form their regional organisations consisting of their own leaders who are well-versed in the geography of the region. Now it’s time for the Caribbean countries to come out of the placebo effect of the FAO that promises to take action against illegal fishing but always falls short of its commitments. If not now then it will be too late for these nations to establish their control in their own waters as richer nations will keep occupying more of their natural resources.