If findings published by West-backed ‘Freedom House’ group are taken seriously, Dominica is one of the freest nations on the planet. But, this impression fades immediately as soon as one looks into the facts and the ground reality

by Vikrant Thardak
in The Caribbean
Reading Time: 3 mins read
0 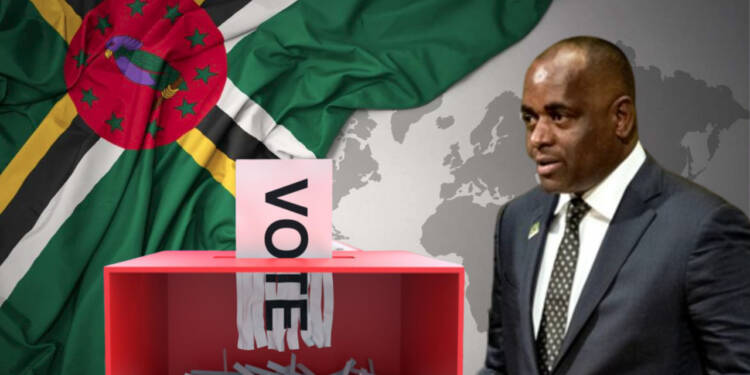 Dominica election fraud: Dominica, a Western ally in the Caribbean, has to be one of the most corrupt nations in the world. The ruling party, Dominica Labour Party, has hijacked the democratic institutions of the country, annihilated the opposition and established one-party rule in the nation over the last 22 years.

The current head of the state, Prime Minister Roosevelt Skerrit, has seemingly fixated himself on the PM chair. He has been ruling Dominica for 19 years now, and now he’s eyeing to become the leader for life by pulling a fast one on the opposition.

Dominica went into elections in 2019, where the ruling party won 18 seats out of 21 amid allegations of massive election fraud and government-backed rigging. The main opposition party, United Workers Party (UWP), argued that electoral results in 10 constituencies should be overturned due to fraud and bribery. After the elections, the UWP announced it will never participate in the election process until electoral reforms are rolled out.

As per the UWP, the country is in dire need of electoral reforms to upend the sorry state of democracy in the country. The issuances of picture identification cards and a cleansing of the voters’ list are two major demands that the opposition has been raising for over the last 3 years.

Prime Minister Roosevelt Skerrit has appointed Sir Dennis, a former president of the Trinidad-based Caribbean Court of Justice (CCJ), to lead the electoral reform process, but allegations are rife that Sir Dennis is on the government’s payroll and is deliberately putting the issue on the back burner to give leeway to the Prime Minister.

As per a report by Sun Dominica, “Sir Dennis’s one-man consultancy has already cost Dominican taxpayers more than $450,000.” This shows that the allegations of corruption being levelled by the opposition are not unfounded and are legitimate.

After breaching his own deadlines and promises several times, Sir Dennis finally declared that he will be proposing the required electoral reforms in two phases, and the first phase reform draft would be released by the end of November 2022. Now, in a move aimed at circumventing these impending reforms, the Roosevelt Skerrit administration has announced snap elections to be held in the next month.

The Prime Minister recently announced on TV, “I want the year 2023 to begin with a fresh mandate, given to a fresh Labour team, to commence the work of building post-COVID Dominica.” He added, “I’m proposing a national reset.” But opposition and experts have set the alarm bell ringing.

Massive backlash from the opposition

The UWP in a statement said, “On the night when the country was expected to hear the Prime Minister lead the call to support those affected, Mr. Skerrit decided to place his personal interest ahead of the country. This announcement must be condemned by all Dominicans as an affront to our democracy and an insult to our people.” The party further said, “Dominicans cannot be asked at this time to participate in another national election without meeting at least two basic election standards (namely) a clean Voters List reflecting the persons who can legally vote; and National ID Cards available to all the legitimate voters.”

With this, the UWP has also boycotted the upcoming snap elections. They have vowed not to participate in the electoral process until reforms are implemented. In fact, Dominica’s neighbour St. Lucia has also expressed concerns over the declaration of snap elections by Skerrit and supported UWP’s calls for reforms.

Blood diamonds: How do they fuel violence, and what Africa is doing to curb this