Japan & St. Lucia have always shared friendly relations. While major powers like China and US have been trying to increase their influence in the Caribbean region for just their own geopolitical concerns, Japan has extended its helping hand to St. Lucia to boost its economy.

by Michael Mahanta
in The Caribbean
Reading Time: 2 mins read
0 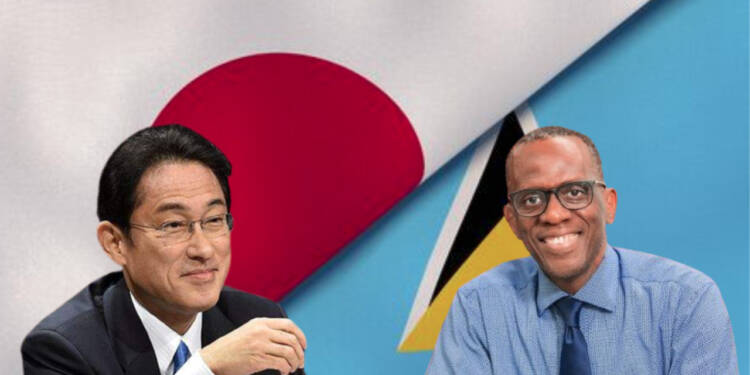 Japan has offered a major booster shot to St. Lucia’s economy. Recently, the Japan International Cooperation Agency (JICA) signed a grant agreement with the Government of Saint Lucia for the improvement of Choiseul Fishing Port.

On November 10, The Saint Lucian government finalized the terms of an XCD $22.9 million Grant Agreement with JICA. This was to address the issues of sedimentation and to redevelop the Choiseul fishing port in the Caribbean nation.

The Choiseul Fishing Port was established by the Government of Japan as a token of friendship between Japan and St Lucia. However, since the construction of the port in 2003, there has been a constant build-up of silt at its entrance, which impedes the free passage of fishing vessels into and out of it and the fishers in Saint Lucia have been suffering for long.

In an interview with the president of the Choiseul Fishermen Co-operative Society Ltd, Richardson Jn Baptiste, he told Loop News, “The problem has impacted the fishers in many ways. Sometimes they need to get out to sea by 5:00 am because that’s the time the fishes are biting, and because of the silt at the entrance of the port, the vessels can’t pass through it and as a result have to wait for help to push the boats out.”

According to a Loop News report, the Japanese team said that the project is likely to be completed by 2023.

Fisheries sector is a significant industry for Saint Lucia. Many Caribbean countries including Saint Lucia are heavily dependent on the ocean and fishing. The relationship of the coastal communities with the ocean also has cultural importance. Several Caribbean dishes such as Lambi and steamed snapper are important elements of their culinary tradition and cultural heritage.

However, the problem of illegal fishing has already taken a toll on the economies of many coastal countries including Saint Lucia, which are primarily dependent on fishing. In this context, Japan offering its assistance to solve one of the decades-old problems affecting Choiseul fishers will certainly bring an air of relief to the small island nation.

Read More: US and Switzerland unleash their NGO gang to debt-trap the Belizean economy

Japan has been cooperating in the development of the fisheries sector in Saint Lucia for many years now. The objective of this recent project to renovate the port is to enhance the usability of the Choiseul Fishing Port. Further, this project will contribute to the achievement of SDGs Goals 1 (No poverty), 2 (Zero hunger), and 14 (Life below water).

This project will be a major driver of economic development in Saint Lucia aided by Japan and it marks a new era of deepening ties between the two nations.