Is there a strategy behind France donating Gazelle fighter helicopters to Niger? 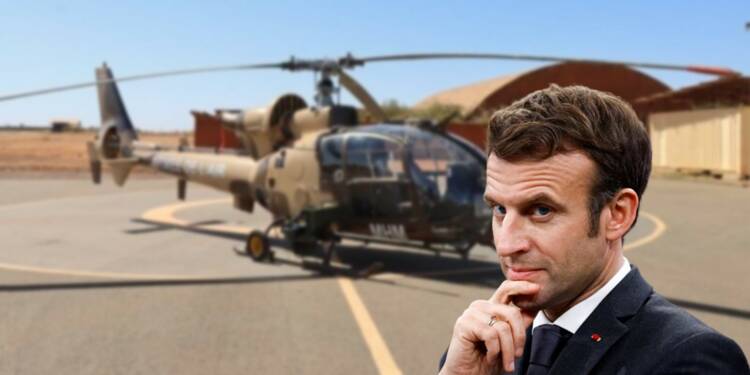 France suffered a major blow in Mali, its plans have failed badly. The people and the junta have kicked it out of the nation. As it is seeing that its Mission Barkhane is falling apart, it has turned to another important country in West Africa, Niger, to save its minimizing influence.

The Sahel region which comprises Mauritania, Niger, Burkina Faso, Mali, Chad, among others has been a troubled region for long. The prevalence of terror and insurgent groups there prompted the West to intervene in the internal affairs, with France deploying thousands of troops there in 2013. But over the years, the US and Europe suffered many setbacks in Sahel as West African countries realized their dangerous plan behind their military’s presence.

This led the US to send its Under-Secretary for political affairs, Victoria Nuland, to Burkina Faso to influence the President Ibrahim Traore. She was confident that he would not side with Russia but to her surprise Burkina Faso had already sought the assistance of Moscow. In fact, Russia’s Wagner Group is also assisting the nation in the fight to get rid of terror groups.

Niger’s actions against the West

Similarly, Niger, which is also another significant player in the geopolitics of Africa, has been taking a stance against Biden and its allies. It has realized that having ties with them would not help prevent tragedy in the country, instead it will further complicate the problem which is true. Because ever since the West got involved in the crisis of Sahel, the terror and insurgent groups have gotten emboldened and brazen.

In fact, Niger’s President Mohamed Bazoum is aware of the sinister motives of the West. He started recognizing the false promises of it ever since the disintegration of the military alliance G5 Sahel. Following the exit of key member Mali from the group, Bazoum harshly criticized France and its allies for not averting the atrocities by terror and rebel groups in Sahel.

Read more: Al-Qaeda’s Mali arm is terrified as Wagner group looks all set to eradicate it

Now, as the West is losing its stronghold, the US and Europe are trying to maintain their presence in Niger. France has tried to bribe Niger by giving two attack helicopters to its military. Macron is afraid that after Mali’s exit from its camp, Niger would follow suit. Through the delivery of the equipment France is trying to show that it is as much against the terror and rebel groups as the government but the evidence shows otherwise.

This follows the recent announcement by Macron that Operation Barkhane will end and the subsequent withdrawal of troops by Britain and Ivory Coast from the UN peacekeeping mission in Mali called MINUSMA.

Read more: London is the next casualty after Paris in Mali

As it is aforementioned that leaders like Biden have been doing similar things in the past. As earlier, the US bribed Sudan by giving it aid so that it wouldn’t sign an agreement with Russia for the construction of a port base in the country but it failed miserably.

Niger is not going to tolerate leaders whose ultimate goal is to incite instability. It might forge ties with Russia which respects its sovereignty unlike Paris and Washington. France chose to ignore the Niger’s people and always pursued selfish motives in the name of Niger’s security. Resultantly, France’s bid to entice Niger, to stay in its camp and not kick out French troops which are deployed in the nation, is going to fail miserably.