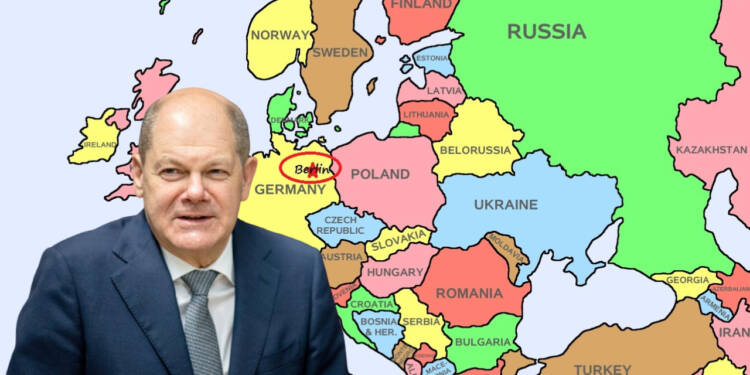 Several member states have openly expressed their personal concerns every time Brussels has tried to demonstrate a unified stance. But now, things might be different. The so-called union in Brussels is literally devolving into a hegemonic empire. The leaders of the union and the European Commission are employing all legal means at their disposal to retain exclusive control over the final decision. At this rate, a European Federation does not look to be inevitable.

Additionally, it appears that Germany wants Berlin to serve as the federation’s capital. The question that now arises is, is it really a European federation? Or is it about to become a German federation? Let’s figure it out.

According to a media report by Euractiv, Germany’s top aide has turned down the EU’s demand for enlargement stressing that the nation will not allow enlargement until there are some major reforms amended in Brussels. Berlin has made it clear that if the enlargement process is not accompanied by an EU reform in order to avoid jeopardizing the bloc’s capacity to act, the accession of new member states will continue to remain in the doldrums.

Jörg Kukies, state secretary at the Federal Chancellery and top adviser to Chancellor Olaf Scholz has stressed, “ the EU reforms need to boil down to “how hard we negotiate” and how clearly we communicate that we will only allow enlargement if there are institutional reforms.”

He furthermore added, “As the German government, we have very clear positions on this, and the answer is that we need institutional reform. At least at the same time as enlargement,”

Germany for a long haul has been pitching that European Union needs major reforms. If one remembers, Brussels has been engulfed in a discussion on EU reform following the conclusion of the Conference on the Future of Europe, with France, Italy, and Germany particularly focused on bringing the EU on a trajectory of reform and dropping the idea of unanimity.

Since taking office last year, the German government has emphasized the significance of reforming the EU. The coalition agreement even commits the government to promote the creation of a European federation within the EU.

Since then, the German government has taken a more “pragmatic” route that aims to institutionalize treaty-compliant reform.

Despite stating that the treaties “aren’t set in stone” during his speech at Charles University in Prague, Scholz focused on the need to change from unanimity to majority voting in the areas of foreign and tax policy, which is already possible under the current treaty.

Read More: France is all set to become the EU’s only superpower and Germany is already pissed off

However, more than a European federation, Germany looks to play a bigger game here. This is no hidden fact that the EU is mostly Germany and most of the member states follow suit in Berlin on most important issues. If one wants to know how to manipulate allies, Germany is the best case study. The fact that the EU as a whole is experiencing an energy crisis, for instance, is not a surprise. The first country to request Energy solidarity in times of crisis was Germany, and it eventually received it. However, when the time came to assist others, that is,  in the worst-case scenario, Germany decided to scale back its energy exports.

On several occasions, Germany has rebuked its own allies in the union by using EU laws. and hence, the member states have also time and again come at loggerheads against it.

Read More: Germany’s subsidy war is pushing every country in EU to the brink of bankruptcy

Curbing the voice of dissent,

For instance, Denmark along with other 12 countries including Estonia, Slovenia, and Malta in a move to oppose the decision to scrap the National Veto power, have signed a joint letter that reads, “While we are not ruling out any options at this stage, we do not support rash and hasty attempts to launch a process, that would lead to treaty changes,”.

Denmark had called that, “We already have Europe that works. We do not need to rush into institutional reforms to deliver results,”

Berlin wants to transform the European Federation into a “German Federation,” Olaf Scholz and his coalition in Berlin are concerned that as time passes on, the voice of dissent against Berlin’s action may grow and ultimately lead to other nations like France and Hungary becoming more powerful. Hence, it is trying to obstruct EU membership in the name of reforms.