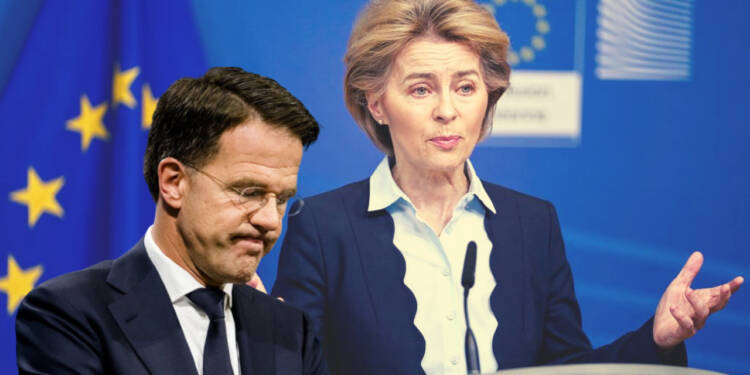 This time, the “wokeism” of the European bloc has taken it upon itself to not only destroy the livelihoods of thousands of farmers but, also to push the whole continent to the brink of starvation. To comply with EU nature preservation regulations, the Dutch government intends to acquire and shut down up to 3,000 farms adjacent to environmentally sensitive regions. If enough farms don’t accept the offer willingly, the Netherlands will move through with enforced purchases in an effort to allegedly reduce nitrogen emissions.

Yes, the Netherlands government will snatch their own lands from farmers like what would happen in a dictatorship.

According to the government proposal, which aims to close 2,000 to 3,000 farms or other significant polluting industries, farmers will be provided with a contract “well over” the value of the property. The amount was previously estimated in leaked copies of the proposal to be 120% of the farm’s worth, but ministers have not yet verified that estimate. But, can 120% of a farm’s worth justify being stripped of your own land?

Christianne van der Wal, nitrogen minister, told MPs on Friday, “There is no better offer coming. If necessary, she warned, mandatory purchases would be made with “pain in the heart.”

Really Christianne, dictatorial policies against farmers with “pain in the heart”? Netherlands’ nitrogen minister thinks that depriving farmers of livelihood can be compensated with pain in the heart.

Agriculture is being blamed for half of the nitrogen emissions in the Netherlands and therefore the country is being forced by the European bloc to lower the emissions. Further, according to a 2019 Dutch Council of State decision, any new nitrogen-emitting activity, such as farming and building, requires a permit.

Farmers believe that farming is unfairly targeted while other industries, like aviation, are not and that they will lose their livelihoods as a result of the goal to reduce emissions by 50% by 2030.

Farmers’ group LTO Nederland have charged the government for implementing “restrictions without perspective” and that the confidence on government has been very low for a long time.”

Also Read: After going sanction free on Moscow, the Netherlands rebukes US publicly

Another farmer’s organisation Agractie, stated that while the voluntary closure programme should be implemented, it should not come with the threat of compulsory purchase. The Netherlands Assessment Agency stated last month that other buyout plans over the previous 25 years which intended to reduce the number of cattle have significantly failed.

Last month, the worst rush hour in Dutch history, with 700 miles of traffic congestion at its peak, occurred when an army of thousands of tractors took to the highways in protest to dictatorial directives by the government.

The move will only harm Europe and its people. To put things in perspective, in terms of value, the Netherlands is second only to the United States among exporters of agricultural goods. According to Wageningen Economic Research and Statistics Netherlands, Dutch agricultural exports hit a record in 2021, at 105 billion euros, or about $108.4 billion.