Barbados is one of the Caribbean region’s leading tourist destinations. Barbados has a well-developed mixed economy. It is the 52nd richest country in the world in terms of GDP per capita 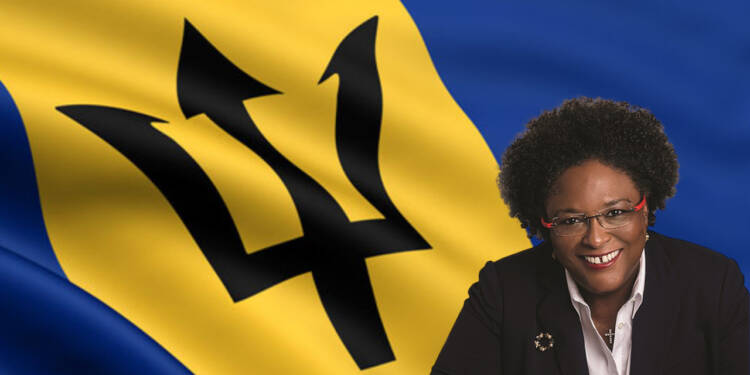 Barbados is a small island country in the south-eastern Caribbean Sea. Its neighbours are Saint Lucia, to the north, Saint Vincent and the Grenadines, to the west, and Trinidad and Tobago to the south. (It is a fairly flat island, but with Mount Hillaby rising via terraced tablelands to 336 metres)

Barbados is surrounded by coral reefs.

Barbados is known for its beaches and cricket – its national sport.

The capital and largest town is Bridgetown, which is also the main seaport. Barbados has functioned since the late 17th century as a major link between western Europe, eastern Caribbean territories and parts of the South American mainland. The island is a former British colony and it attained independence in 1966.

It is uncertain which European nation arrived in Barbados first. In 1627, the first permanent settlers arrived from England and Barbados became a British colony. During this period, the colony operated on a plantation economy relying on the labour of enslaved Africans who worked on the plantations.

Barbados was heavily dependent on the export of sugar as its main revenue earner in the past. In recent decades the economy has diversified into tourism and finance. It also has offshore reserves of oil and natural gas.

Barbados is one of the Caribbean region’s leading tourist destinations. Barbados has a well-developed mixed economy. It is the 52nd richest country in the world in terms of GDP per capita.

Although earlier Barbados’ economy was dependent on sugarcane cultivation and related activities, but since the late 1970s and early 1980s it has been diversified into the manufacturing and tourism sectors. Apart from it offshore finance and information services have become important foreign exchange earners. A large amount of income in the form of remittances is also received from Barbadians overseas. Traditional trading partners include Canada, the Caribbean Community (especially Trinidad and Tobago), the United Kingdom and the United States.

Barbados has a parliamentary republic with two legislative houses. Currently Mia Mottley is serving as the Prime Minister (head of the government). People of African descent and of mixed African-European descent make up more than nine-tenths of the population.

English is the official language, and a non-standard English called Bajan is also spoken.

The constitution of 1966 established a governmental structure based on the British parliamentary system. Barbados became a parliamentary republic only in 2021. Until then the British monarch was the head of state, locally represented by a governor-general.

The head of state is now the president, who serves a four-year term. The president is jointly nominated by the prime minister and the leader of the opposition and, if not confirmed unanimously by a joint session of both houses of parliament, must be approved by a two-thirds majority in each house.

Barbados has near-total literacy. It has a comprehensive mainly government-funded primary and secondary school network which has been successful in its efforts to spread education.  The government allocates a significant proportion of its budget. All education in public institutions is free.

Barbados is a blend of West African, Portuguese, Creole, Indian and British cultures. Citizens are officially called Barbadians. The Barbados Museum was established in 1933 and offers permanent and temporary exhibits covering the natural history and culture of the island.

One of the country’s cultural traditions is Crop Over, an annual multi-week summer festival that has its historical origins in sugarcane harvest celebrations.

Official corruption, violent crime, poverty are the pressing issues of the nation which needs urgent attention.

Barbados is a beautiful Caribbean nation with attractive tourist destinations. Barbados can be a beacon for the Caribbean region in the future.