Not every guy in Silicon Valley is a visionary techie or a crypto-nerd. Most of them are fraudsters and never fail to make an extra buck by making a fool out of people. Among them some make a cult example by becoming one of the biggest fraudsters of all time. One such name is Sam Bankman-Fried, the owner of FTX. 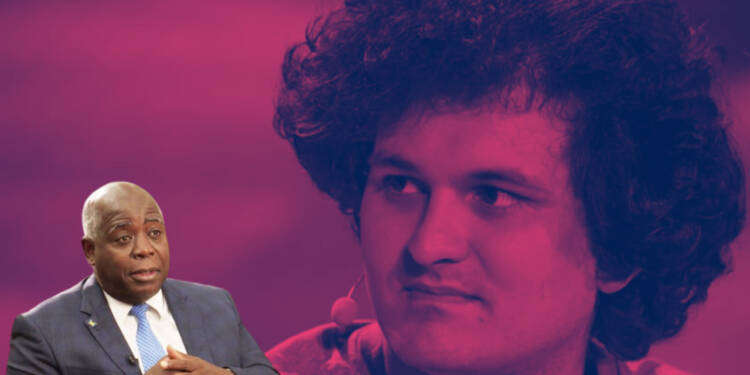 Sam Bankman: Working for the crypto giant FTX was a dream job for Bahamians. Most of them had seen their salaries double, they were treated to a daily buffet of steaks and sliders, and they had access to a fleet of BMWs and Jeeps.

In many cases, even their groceries were paid for. Sam Bankman-Fried, their now disheveled CEO, had made the Bahamas his home and was inundating the country’s community with cash while courting both government officials and residents.

But this year, things have turned upside down for him and his company. FTX has drowned in debt because of its severe misconduct. The company has sent billions in customer deposits to its trading arm, Alameda Research, to use for risky investments.

FTX filed for bankruptcy in November after a week in which a possible merger with rival crypto exchange Binance failed, Bankman-Fried got accused of funneling customer deposits to FTX’s affiliated trading firm Alameda Research, and the exchange experienced withdrawals of about $6 billion in just 72 hours.

Almost all the money of the company got flushed as the traders who had their money in FTX pulled out all of it.

And now, Bankman will testify before the House Financial Services Committee after the events that led to the spectacular collapse of his cryptocurrency exchange.

FTX’s collapse is one of the biggest-profile crypto blowups to date. This collapse has also not been kind to the Bahamas.

According to coin telegraph, the shocked Bahamians are reportedly trying to figure out what has happened to make sense of everything while remaining optimistic about the future.

According to a report by the Wall Street Journal, the island country — which had encouraged cryptocurrency companies to feel at home with their “copacetic regulatory touch” — has been rocked by the implosion of FTX.

With the collapse of FTX, many high-spending foreigners who worked for the company and once boosted the local economy have reportedly fled the island, leaving Bahamian security guards to now guard “nearly vacant buildings.”

Also, the investors that were keen to invest in the Bahamas’ offshore banking are scarpering away. Thus, making it hard for the island nation to run its economy.

Read More: A Caribbean-Africa partnership is happening finally, and it’s a terrific development

As the company’s approximately one million creditors — crypto holders who had thousands, even millions worth of personal wealth held on the exchange withdrew everything as flaws got exposed, and the Bahamas went into slumber.

The prime minister of the Bahamas, Philip Davis, and his government believed crypto could play a critical role in the island’s economic recovery. But, what the FTX has done with their economy shows how flawed the Bahamas’ planning regarding a crypto-based economy was.

The very first question that arises is how FTX issued fake loans to Alameda Research, without any major guarantee or official declaration. What was the Davis government doing at the time?

Secondly, why were the Financial health and other important credentials like salary disbursement, tax levies, and balance sheets not checked by the Bahamian authority?

Read More: The identity crisis of the Caribbean that nobody talks about

Did the Bahamas have no framework to do so? Or, where they were happy with just the breadcrumbs that were being given by FTX in the form of taxes? Because all eyes are on the crypto-con Bankman, there are an endless number of questions against the Bahamas’ government too.

The Company has collapsed because everyone withdrew their money. Let me remind you that FTX is only one small example of how one American billionaire has tarnished the name of the Bahamas.

There are dozens of other crypto-related businesses operating in the Bahamas; if Mr. Davis isn’t aware of this, then the people of the Bahamas must understand they would join the ranks of bankrupt countries.