According to the UWP, Dominica is in desperate need of electoral reforms and the system must be changed. It has been requesting the issuing of identity cards and rewriting of the voters’ list for the last three years 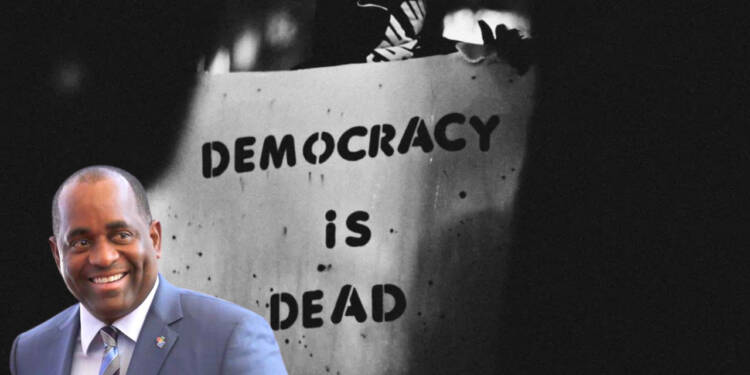 Is Dominica a democracy?: Dominica is a West-backed nation in the Caribbean. There is no democracy in the country since the ruling party, Dominica Labour Party, has dominated the political and economic institutions for more than two decades, destroyed the opposition and created a one-party system. Dominica’s prime minister, Roosevelt Skerrit, has been the country’s leader for nineteen years.

In the last general elections which were held in 2019, the Dominica Labour Party won eighteen out of 21 seats. However, there was electric fraud and tampering with results, according to the opposition party, United Workers Party (UWP). In fact, the UWP also demanded that the results of ten constituencies of Dominica must be annulled due to corruption.

According to the UWP, Dominica is in desperate need of electoral reforms and the system must be changed. It has been requesting the issuing of identity cards and rewriting of the voters’ list for the last three years.

Now, in such a situation, Roosevelt Skerrit’s regime announced that it will conduct snap elections. These elections are being held two years before the next general elections in Dominica and have been condemned by the UWP which stated that this is another attempt by the ruling party to tighten its control over the administration.

Now, Organization of American States (OAS), is an organisation which promotes military, economic and cultural partnership between its members which are all the countries located in the Western Hemisphere. The OAS, is a body which is financed by the US, it originated from an international organisation which too was funded by Washington called Pan-American Union.

Recently, the OAS has decided to send its Electoral Observation Mission (EOM) to Dominica to monitor the next general electrons. The former prime minister of the Bahamas, Perry Christie, heads the OAS’s mission to the Caribbean country.

The mission, which has sixteen experts and observers from ten countries in the region, will examine electoral registrations, electoral technology, funds of parties, participation of women etc. It will also hold talks with government officials, electoral commission officers, candidates, civil society groups and the public.

The mission stated that its members will be stationed in different constituencies on polling day to keep an eye on the voting procedure. The OAS is sending the mission for the fourth time to Dominica.

Now the question arises: Why is a US-funded organisation interested in the general elections of Dominica?

The US government is never concerned about authoritarianism and lack of democracy in other nations. Many instances have proved that in the name of free and fair elections or humanitarian assistance, the West interferes in the internal matters of Caribbean countries.

It is certain that the electoral mission of OAS is being deployed on the instructions of Joe Biden as the US wants to install a puppet as the prime minister of Dominica through rogue organisations like the OAS.

Now, there could be two possibilities, either the OAS will try to ensure that the Dominica Labour Party, which is also the ruling party, wins the upcoming elections or the opposition United Workers Party. The reason why the OAS will be holding talks with the people is that it wants to get an understanding of the mood of the people regarding both the parties. And whichever party is favoured more, the OAS will try to make arrangements for its victory.

Right to an opposition

In light of the terrible state of democracy in Dominica, the need for a strong opposition in the country gains significance. According to the founder of the Indian Constitution, B.R. Ambedkar, one of the fundamental principles of democracy is the existence of an opposition which will keep an eye on the actions of the government, scrutinise its decisions and condemn each time it violates any law or rule.

In a one-party system, the government is not accountable to anyone therefore there is widespread corruption and mismanagement. This is what has happened in Dominica, the reason why a corrupt party like DLP has been in power for twenty two years is because the people don’t have a choice. They are compelled to vote for a party which is not interested in the betterment of Dominica.

Is Dominica a democracy? Had Dominica been ruled by a party which didn’t function on the command of Washington and instead worked for the people, the need to seek assistance from the US to conduct elections would not have arrived today.