Since Trudeau entered power, the Canadian economy has tended to grow more slowly and experience substantial contractions. And things only seem grimmer in the coming years. 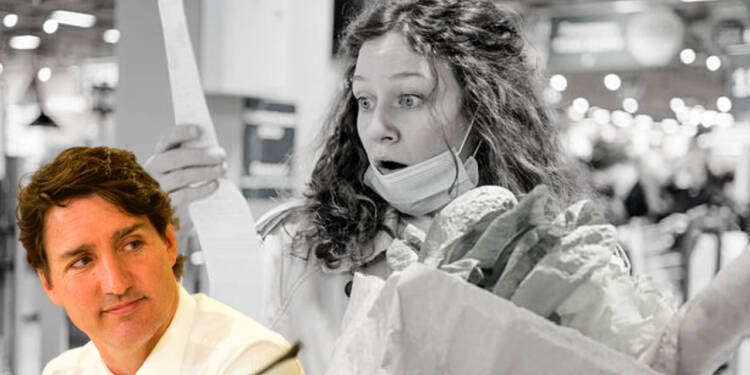 Canada Inflation: Prime Minister Justin Trudeau is the sole person to blame for Canada’s depressed economy. The economic harm Trudeau has caused to Canada in just 7 years is unprecedented.

Due to Trudeau’s ignorance, inflation reached 8.1% in Canada, the highest level since January 1983, the cost-of-living problem spiralled out of control, and household finances were severely damaged.

To be clear, the prime minister was advised against raising spending in the face of inflationary concerns by both economists and leaders of the conservative movement. However, Trudeau’s arrogance was too great to be questioned.

You see, even a sophomore would understand from a policy perspective that disbursing cash as an inflation-supportive mechanism is inherently inflationary. The economy of Canada is now flooded with demand as a result of massive government borrowing, which is fueling inflation. There are hundreds of billions of dollars in so-called excess savings, which have grown in part as a result of Covid-19 income assistance. Further deficits, even those of a smaller magnitude, can thereby increase pricing pressures when the economy is operating at capacity.

And to make matters worse, the Liberal administration hasn’t made any measures to boost the struggling economy. The situation would only seem to get worse from here, much to poor Canadians’ chagrin.

After a year that saw food prices climb by numbers not seen in decades due to record inflation, the cost of groceries in Canada is expected to continue rising in 2023, a new report suggests. The latest Canada Food Price Report released Monday estimates food prices will increase by another five to seven per cent on average next year, adding hundreds of dollars to the average family’s annual expenses.

The report predicts price hikes will be seen across all food groups, but expects vegetables to see the biggest cost increase of six to eight per cent. The cost of eating out at restaurants is set to go up four to six per cent, along with the price of seafood.

Although Trudeau has occasionally maintained that “growing the economy” is his top goal, his measures have led to slower development than he had envisioned. Currently, record high unemployment rates, growing public debt, inflation, and rising interest rates define the average Canadian’s existence.

Read More: “Euthanize them”, Canadian Government’s only solution for its people

The nation is currently grappling with a myriad of issues, including those relating to housing, food, and health. The unfortunate Canadians have endured immense suffering as a result of their Prime Minister’s credulity. Canadians shouldn’t allow Trudeau to escape responsibility for  the catastrophe he has caused.