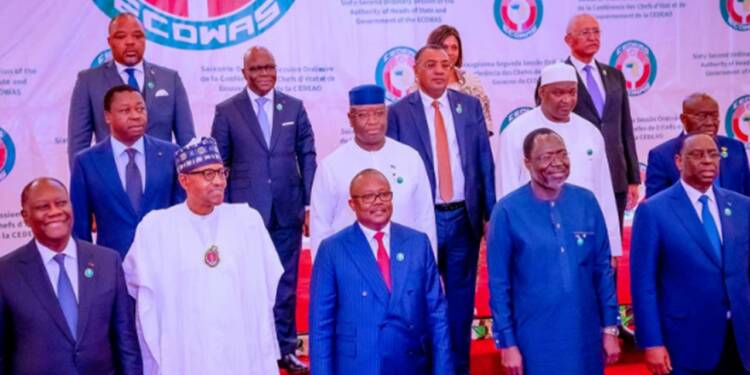 Africa regional force: West Africa has witnessed a spate of coups in recent years. The constant political instability and terrorism in the region has stifled any growth prospects of the otherwise resource-rich region. Violence and political instability in the region have had adverse consequences for investments and economic growth, which forever keeps the region in a sense of despair. However, now the region has realized that it has to take the matters in its own hands rather than depending on UN or the West. The West African region has taken the first step in this direction.

The Economic Community of West Africa States (ECOWAS) is planning a regional peacekeeping force to counter jihadism in its member states and also in the event of coups. With this the West African leaders aim to restore constitutional order in the region which has seen several coups in the last two years.

“The leaders are determined to establish a regional force that will intervene in the event of need, whether it is in the area of security, terrorism (or to) .. restore constitutional order in member countries, ” a communique from the leaders of the Economic Community of West African States (ECOWAS)  said.

Mali, Guinea and Burkina Faso have been hit by military coups in the last two years, Burkina Faso had its second coup within 8 months of the earlier one. Further, the established governments of Chad, Guinea, Mali and Sudan were all overthrown and a military takeover was repulsed in Niger. Poor governance, terrorism have devastated the region despite having vast economic potential.

Failure of UN missions in Africa

UN peacekeeping missions have not seen any success in the region despite the fact that the UN spends close to $8bn (£6.5bn) every year on peacekeeping around the world, with the bulk going to missions in Africa. Further, the credibility of these UN missions is also being questioned in the region. A report by the Geneva-based research group Small Arms Survey has accused the UN’s mission in South Sudan (Unmiss) of lacking neutrality by giving arms to rebels in the town of Bentiu in 2013.

The report also claims that shortly after this transfer of arms, the rebels went on to carry out a massacre of civilians. Thus UN missions have failed to achieve its objectives of bringing back peace in the region. Military interventions under UN in Africa have failed on their mandates.  In countries like the Democratic Republic of Congo (DRC), Mali and the Central African Republic, peacekeepers have been rather inefficient in dealing with political and cultural situations.

For example, in 1999, the United Nations Organization Stabilization Mission in the DRC (MONUSCO) was founded with an aim to neutralize armed groups, reduce the threat posed to state authority, and civilian security space for stabilization activities. But to date,  DRC’s South and North Kivu regions remain lawless with militias continuing their rampage and terrorizing innocent civilians. Therefore it is natural for the African countries to not depend on these missions anymore and rather look for other alternatives to maintain lasting peace in the region.

The Economic Commission for West African States (ECOWAS) will take forward efforts to boost constitutional government in its member states and work collectively with an aim to shed its reputation as a “Coup belt”. These coups have already affected its economy adversely. Regardless of the causes behind the coups, analysts say the military takeovers will scare investors away from West Africa. Thus, to reverse this situation the West African leaders have taken a commendable step in the right direction.