Instead of resorting to measures which will not end the menace of crime and violence in Jamaica and will lead to violation of rights and privacy of citizens, Andrew Holness can take other constructive steps to deal with this problem 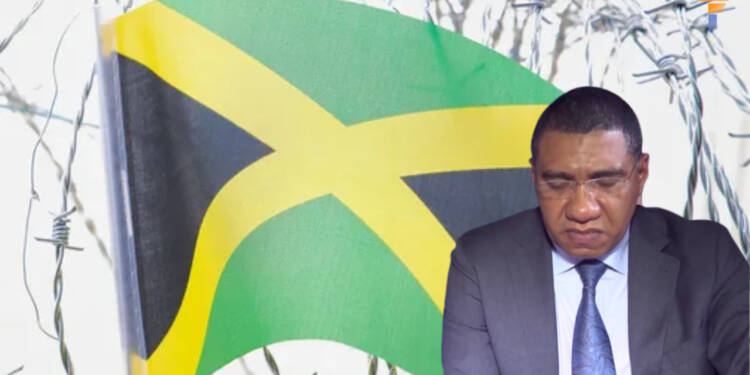 Crime in the country

Jamaica is one of the most unsafe nations in the world. In 2017, the rate of homicide in the Caribbean country was recorded at 60 killings per 100, 000. This placed Jamaica in the category of top five most murderous regions.

According to the data of Inter-American Development Bank, crime in Jamaica has costed 4% of the GDP or $100 billion. The murder rate of Jamaica is the second highest in the world after El Salvador.

Crime in Jamaica is interrelated to illiteracy among youth. As per statistics, 85% of the crime in Jamaica is committed by people who come in the age group of 15 and 29. This group is also struggling with an unemployment rate of 30% with 75% having no educational qualification.

This year, the country witnessed a 17% rise in robberies with 676 cases this year compared to 580 last year.

Recently, Jamaica’s Prime Minister Andrew Holness announced a state of emergency (SOE) in response to the escalation in crime. The government’s measures are implemented in several areas of capital Kingston and in six of the fourteen parishes.

The emergency authorises the government agencies to arrest citizens and search their properties without a warrant or permission.

The decision of Holness’s regime has been condemned by many people who state that this will result in abuse of power and violation of rights which occurred in the last SOEs.

However, the government is defending its decision with the Chief of Police, Anthony Johnson, telling the media that Jamaica saw a 64% decrease in murder in the last SOE announced for two weeks in November.

Read more: It’s time to throw the West out, Jamaica makes it loud and clear

The Jamaican government claims that the state of emergency will help resolve the problem of crime in the nation and is attributing the decrease in homicides, robberies and kidnappings to it.

However, SOE will not solve this issue. It is true that for a brief period the crime will see a slight decline but this relief will be short lived as crime is influenced by many political, social, economic and psychological factors. If anything, Emergency gives unlimited powers and authority to the police and military.

The same has happened in Jamaica where during the last SOEs, the security agencies illegally detained, unlawfully entered houses, kept innocent people in jail for months and mercilessly assaulted them.

In fact, the Supreme Court of Jamaica has time and again condemned the government for its undemocratic and unlawful abuse of power.

As in 2020, the Supreme Court passed a judgment in which it ruled that the months-long detention of five men without charge by the police was unconstitutional.

Courtney Hall, Everton Douglas, Nicholas Heath etc. were the victims of the brutality of the state which thought it would be a good idea to deprive them of their civil rights. Justice Morrison, observed that the state didn’t examine any legal justification or purpose for their detention.

The court also noted that the orders of detention by the government were illegal and emphasised that Emergency regulations violated the basic doctrine of the Constitution, the principle of the separation of powers, rule of law and fundamental rights.

Similarly, this year another innocent man named Roshaine Clarke was awarded J$18 million in compensation by the Supreme Court. He filed a lawsuit against the state alleging that his right to liberty was violated, was not given the justification for his arrest and was not brought before the court by the police.

It must also be noted that most victims of police’s abuse of power are people from lower socio-economic backgrounds. How can the crime be contained if the mindset of the state regarding perpetrators of crime is prejudiced? To those who would contend that most crimes are committed by people from lower economic classes, the homicides committed by Jamaicans from all walks of life would undermine their argument.

It’s no difficult puzzle to solve that the job of controlling crime is that of the government. By dictating Jamaicans, the government is not only shifting its responsibility on the citizens but also promulgating draconian rules which will not achieve any real purpose.

Read more: Jamaican PM is an obsessive-compulsive liar and a bad one at that

Therefore, instead of resorting to measures which will not end the menace of crime and violence in Jamaica and will lead to violation of rights and privacy of citizens, Andrew Holness can take other constructive steps to deal with this problem.