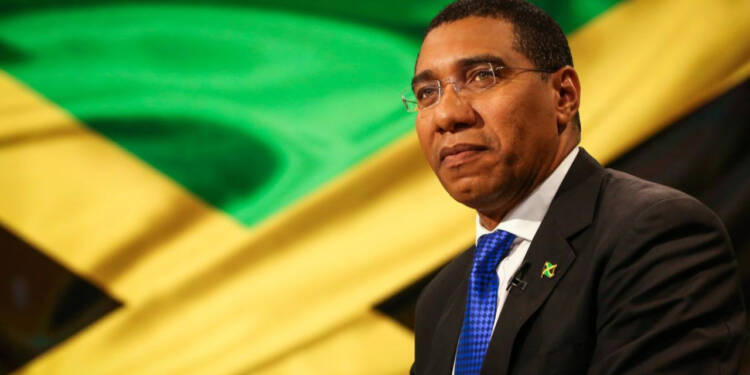 Jamaica is infamous for being one of the most unsafe nations. It is troubled by murders, kidnappings, robberies, extortion etc. The rate of murder recorded in 2017 was 60 slayings per 100,000, placing Jamaica among the most murderous countries. Crime and violence have led to many losses, as per the data given by the Inter-American Development Bank 4% of GDP which amounts to $100 billion has been lost.

There is a close connection between unemployment, poverty, illiteracy and crime in Jamaica. According to data, 85% of offences are committed by young people who are in the age group of 15 and 29.

State of Justice in Jamaica

Now, there are many reasons for the high level of crime in Jamaica. But one of the chief factors which is driving this distressing trend among people, especially the youth, is leniency by the criminal justice system. The job of the Jamaica police is to arrest people accused of a crime, the task of finding whether they are guilty is that of the court. If the accused are found guilty they are sentenced to jail appropriately.

However, the same is not happening in Jamaica. Unfortunately, its legal system has created a perception in the mindset of criminals and potential criminals that if they break the law, there will not be any drastic repercussions on their lives. If anything they will get a few days in jail. When they are released by the police, they will go back to the same route which is not only destroying their future but the future of Jamaica.

The key to ensuring public safety is the establishment of a precedent or example which serves to remind those who are considering an illegal route to attain their objective. While laws serve that purpose, the verdicts of the court and the decisions of judges are equally important. And in Jamaica, judges have abandoned their obligations to follow the most fundamental principles of the law.

They are awarding sentences which are laughable, and the agony and suffering of the victims of crime are given less priority in Jamaica. Therefore, in Jamaica, a spiralling circus of offence, police, law and court is eating away the precious resources of the nation which can be used for the betterment of the nation.

Read more: Jamaican PM is an obsessive-compulsive liar and a bad one at that

Recently eight criminals who tried transporting around $100 million worth of cocaine out of Jamaica managed to avoid a jail sentence. This was an offence for which they would have gotten decades in jail in other nations. But in Jamaica, they were only fined $9.4 million by the St Ann Parish Court and will serve prison time if the fines are not paid. The case started when last month a vessel came to Ocho Rios from Florida, USA. A search of the cruise ship was conducted by the Narcotics Division which uncovered 24 packages of cocaine in the criminals’ luggage.

This case exposes the hollowness, corruption and weakness of the criminal justice structure in Jamaica. As aforementioned above, in any other nation, these eight offenders would have been sentenced to decades in jail in addition to huge fines. What message is the court sending to the public by such a verdict? If this is not emboldening criminals, then what is?

All the work of the government agencies goes into vain when such scum of society gets away with their outrageous actions. The brazen leniency shown by judges in Jamaica also creates a psychological impact on the police and other security agencies. Since they are made to feel that all their efforts and resources spent in curbing crime have been undermined by a judge who would never realise the adverse circumstances in which policemen work.

But the culture of lenient prison sentences continued. In fact, recently, a teenager who murdered his batchmate was given just four years and ten months in jail. According to the facts of the case, the guilty used a knife to kill the goalkeeper during a football match.

But apparently, High Court justice Andrea Thomas, who gave the verdict, did not see anything wrong with her decision. This is extremely distressing and problematic on so many levels. A life is lost, and a family is destroyed forever, however, the judge believes that four years are appropriate for the crime.

This brings into scrutiny the credibility of trials in Jamaica. What is the point of legal proceedings which cost taxpayers money when eventually the person who should rot in jail forever is either let go or gets a slap on the wrist?

Currently, the prime minister, Andrew Holness, is seeking the assistance of the FBI to solve the problem of crime in Jamaica. However, he needs to understand that even if one of the most disciplined law enforcement agencies sends its personnel to Jamaica, they would not be able to attain the objective thanks to its justice system.