Several Caribbean states are taking a legal route as they realise that merely giving a statement to the media, forming a regional environmental body or hosting a summit would not get them compensation from the US and Europe 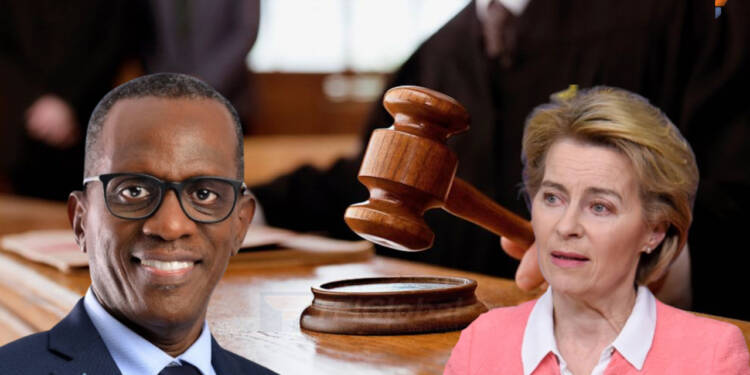 The COSIS was founded by Tuvalu and Antigua and Barbuda. The latter’s prime minister, Gaston Browne stated, “I am personally and officially delighted that the government of St. Lucia has joined this initiative to seek climate justice for small islands that have suffered, and are continuing to endure, the harmful impact of Climate Change on our countries”.

Emphasising that Saint Lucia is the second nation to join Commission of Small Island States on Climate Change and International Law (COSIS), Browne is hopeful that other Caribbean nations would join their efforts on climate change.

He also stated that COSIS will soon be seeking counsel from the International Tribunal on the Law of the Sea (ITLOS) with respect to their rights over compensation for climate disaster.

Now, climate change is one issue which affects every nation irrespective of its geographical location, demography, culture etc. For decades nations pursued policies and implemented steps neglecting their dire repercussions on the ecology and biodiversity.

In the name of infrastructural progress and economic development, countries never realised that their actions will lead them to a period when they will be compelled to deploy massive resources to save their planet.

While each nation must take responsibility for the current climate crisis, however, the fight for a cleaner earth cannot escape from the fact that rich and powerful countries like the US, Germany and France are the main culprits in the degradation of the environment. Their years of recklessness and level of arrogance have resulted in a helpless situation for countries especially St. Lucia, Antigua and Barbuda, Barbados etc.

The high level of greenhouse gas emissions are a product of the recklessness and arrogance exhibited by rich countries all these years. Rapid industrialisation, technological advancement, increased use of machines etc. are factors which resulted in rising global warming which is harming poor countries in Asia, Africa and the Caribbean.

But lately more and more Caribbean countries are stepping up and joining the fight against climate change. In this battle, they are not only demanding accountability from powerful nations but also reminding them of their blunders which created the whole crisis in the first place.

In August this year, leaders of Antigua and Barbuda, Tuvalu and Palau met to deliberate on how international law can be used to receive compensation for disasters suffered by their countries due to climate change.

Highlighting the problems facing their nations, the leaders consulted with a group of fourteen international lawyers who are experienced and trained in subjects of loss and damage, marine environment, sea-level rise etc. The lawyers provided the leaders a report of their research on the matter and a plan of action.

Antigua and Barbuda, Palau and Tuvalu also advocated seeking advice from the International Court of Justice regarding climate justice. The leaders also called on other Caribbean states in joining them to address and resolve the urgent crisis.

It must be noted here that several Caribbean states are taking a legal route on this matter as they realise that merely giving a statement to the media, forming a regional environmental body or hosting a summit would not get them compensation from the US and Europe.

Similarly, Antigua and Barbuda, Tuvalu and Palau have also announced that they will create three working groups which will comprise expert international lawyers and representatives of their government for climate change.

While most countries are praising the creation of a loss and damage fund at the COP27 Summit, nations like Jamaica and Antigua and Barbuda are not satisfied with this move.

The finance minister of Antigua and Barbuda, Molwyn Joseph, said, “This is only one part of the need to bring home the climate action commitments our vulnerable people desperately need.” Similarly, the environment minister of Jamaica, Matthew Samuda, stated, “The agreement is not in its totality sufficient to deal with the problem.”

“The agreement is not in its totality sufficient to deal with the problem.”

Taking all these developments into account, it seems that more and more countries in the Caribbean are joining their counterparts in Africa and Asia to demand their fair share from powerful countries which took advantage of their position and evaded responsibility to compensate poor countries for the harm caused to their people and the environment.

The Cuba-CARICOM alliance will give sleepless nights to the west