CARICOM is much older than the European Union and it once enjoyed considerable prominence. The bloc is now, however, dead as a dodo. The highly publicised economic alliance of the 1970s has no geopolitical significance and even no regional significance 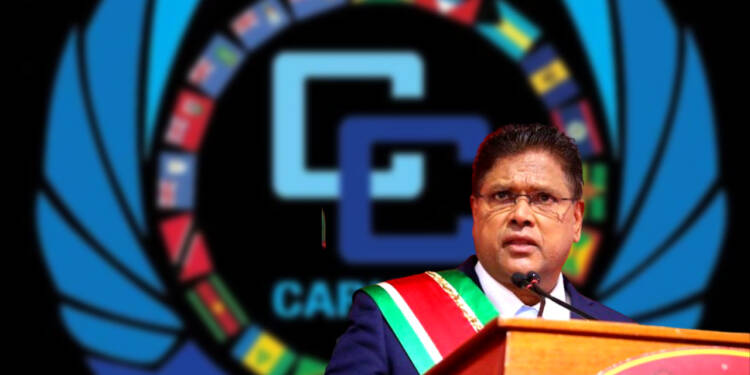 Revised Treaty of Chaguaramas: According to Loop news, St Kitts and Nevis have approved the protocol to amend the revised CARICOM treaty.

According to an official statement of CARICOM, the government of St. Kitts and Nevis has reportedly approved the protocol to amend Article 83 of the Revised Treaty of Chaguaramas (RTC).

With this, the CARICOM member states now have more freedom to manage their domestic affairs while upholding their legal obligations, which earlier was not possible.


This marks a significant change in CARICOM’s Chaguaramas treaty which has been intact since the inception of CARICOM. The Chaguaramas treaty was signed on July 4, 1973. Nations like Barbados, Guyana, Jamaica, and Trinidad and Tobago all signed it. The agreement replaced the Caribbean Free Trade Association, which ceased to exist on May 1, 1974, and established the new regional organisation.

The Caribbean Single Market and Economy were established by the Revised Treaty of Chaguaramas, which was signed in 2001. But now, the whole objective of CARICOM is getting recalibrated since 2014.

For the unaware,  it was decided to amend Article 83 to give member states the flexibility to adjust tariffs (upwards or downwards) in the context of their international obligations at the 34th COTED meeting in 2012.

In March 2014, all member states were invited to sign the protocol to amend Article 83 of the RTC creating the CARICOM Single Market Economy (CSME), which permits the free flow of goods, services, labor, and funds throughout the region.

On July 4, 2014, St. Kitts and Nevis approved the protocol and now, eight years later, the amendment has officially begun.

In 1973, the political and economic union of 15 member states from the Caribbean—14 nation-states and one dependency, also known as the Caribbean Community (CARICOM or CC) was formed.

The main goals of this community were to encourage economic cooperation and integration among their members, to guarantee that the advantages of integration are fairly distributed, and to coordinate foreign policy.

The same idea was copied into the EU which now has a fairly distributed and coordinated economic and foreign policy. However, the case with CARICOM is really different. The Caribbean countries suffer from tumultuous issues such as crime, drugs, and a really unstable political scenario.

In addition, the Caribbeans were supposed to be a geopolitically active region. But sadly, the region is one of the most idle ones and the population distribution is also very miniscule.

The nations are now willing to find new allies rather than staying on just one. If one remembers, a few days ago, St. Kitts and Nevis was willing to initiate new economic ventures with UAE, which is a staunch critic of the USA, at this moment.

This is also the mood in other nations, which are actively looking to find new allies.

St. Kitts and Nevis have become the first nation to amend the new laws and honestly, this might be just a start. This move will unquestionably spurt a domino effect all across the Caribbean. The 50-year-old ambition to turn CARICOM into a collective economic bloc is breathing its last.