In the case of Caribbean states, the involvement of the US in regime change wars and coups in nations like Haiti, undermines the credibility of CARICOM 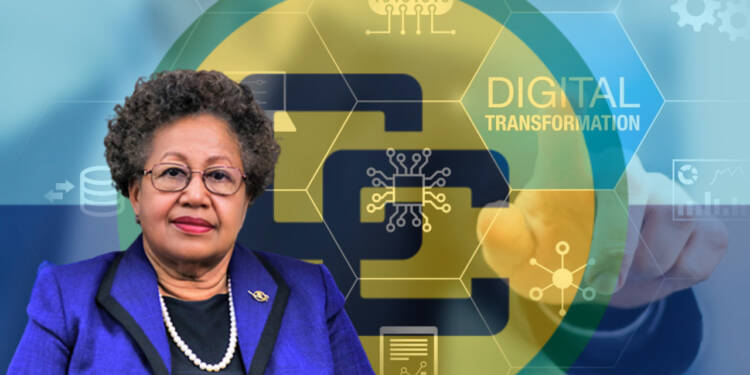 The regional bloc’s primary objectives are to advocate economic integration and partnership among member states and to devise a constructive foreign policy. CARICOM’s work centres on creating special projects for developing nations within its domain. In 1990, member states decided to implement protectionist policies for trade with nations which were outside the jurisdiction of CARICOM.

Although CARICOM is an organisation which promotes the progress of Caribbean countries, it seeks assistance from third parties for many of its projects and programs. The concept is known as international development partners (IDPs). CARICOM is receiving help from many IDPs which include the US, Canada and the UK.

However, the US and its allies are infamous for interfering in the internal matters of other nations and financing terror and insurgent groups to overthrow democratic governments. In the case of Caribbean states, the involvement of the US in regime change wars and coups in nations like Haiti, undermines the credibility of CARICOM. The US finances groups, organisations or nations when it is certain that it is receiving something in return. Therefore, the activities of the CARICOM in the Caribbean raises reasonable concerns.

Now, the Caribbean Telecommunications Union (CTU) and the Caribbean Centre for Development Administration (CARICAD) are two constituent groups of CARICOM. Both CTU and CARICAD have signed an MoU.

CARICAD’s obligations are to implement public service reforms, while the CTU provides counsel on Information and Technology Policy (ICT) and facilitates nations in increasing the trust of the citizens in the state, support interaction etc.

CARICAD has introduced a concept known as 21st Century Government which focuses on development and progress. The concept is based on digitisation in the Caribbean countries, to help improve the efficiency of the administration, create transparency and establish a healthy relationship between the people and the government. The emergence of coronavirus pandemic and subsequent misinformation related to it on the internet enhances the requirement of 21st Century Government

The Executive director of CARICAD, Devon Rowe, stated during the signing of the MoU, that the initiative is unique, “We are pleased to collaborate with the CTU, which shares a similar mandate and has the technical capabilities CARICAD does not need to duplicate. Working together, I am sure we will be able to accomplish a lot more and look forward to a long and fruitful closer collaboration.”

Although CARICOM’s credibility is under scrutiny owing to US and UK’s involvement in its financial matters, the decision to develop digitisation in the Caribbean nations is one that will be beneficial in the long run. The idea behind 21st Century Government is to promote better connectedness among people, healthy communication between governments and citizens, use of technology in the betterment of the country, avert the spread of fake news  and ensure transparency.

The plan is a constructive step taking into account the problems Caribbean countries are struggling with.

Illegal migration is a major issue in the region, countries like Dominica and Dominican Republic have to spend resources in curbing it. However, the 21st Century Government promises that governments will have access to better surveillance technology which can monitor the presence of illegal migrants in their territories and help in resolving the refugee crisis.

Similarly, natural disaster is another issue which is troubling the Caribbean region. Unfortunately, due to the geographical location of the countries, the threat of natural calamities is always imminent. Hurricanes, earthquakes or volcano eruptions can happen anytime without any major red flag. But with better communication and advancement of technology, which 21st Century Government promises, the tragedies can be averted.