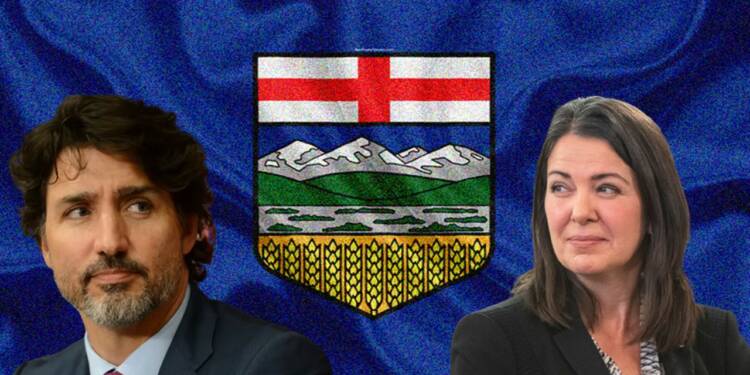 Justin Trudeau, the prime minister of Canada, is supposedly working to progressively reform the foundation of the country’s political structure. In a democracy like Canada, invasion of privacy should not be condoned, but Trudeau is so enamoured with power that he has lost the core moral principles that support modern civil societies.

The fundamental tenet of cooperative federalism turns Trudeau off. While flagrantly disobeying the fundamental protections stated in the Constitution, he has frequently tried to consolidate power in Canada. The Canadian government has employed the RCMP and other federal law enforcement agencies to impose liberal principles and hit conservative strongholds across the country.

The provinces, though, have opposed Trudeau valiantly. For instance, when it comes to Trudeau’s tyranny, Albertans have consistently stood against it. They have always fought against his despotic autocracy. And now Alberta is attempting to come up with a coherent independent foreign policy which might be the death knell on Trudeau’s centralising dreams.

The Alberta government has come up with a plan to import millions of bottles of children’s pain medication from a Turkey-based pharmaceutical manufacturer. Premier Danielle Smith said that the province reached an agreement with Atabay Pharmaceuticals and Fine Chemicals to supply five million bottles of acetaminophen and ibuprofen.

The Alberta government has yet to receive approval from Health Canada for its plan. Nonetheless, this recent deal has significant connotations attached to it. You see, it’s no small beer for a province to defy the federal government and establish bilateral ties with another nation. An important determinant of sovereignty is a comprehensive foreign policy. The premier of Alberta may be aware of this. Therefore, Alberta’s recent attempt to establish a bilateral relationship without federal approval is undoubtedly a sign of political strength.

Make no mistake, this is not the first time Alberta has voiced support for provincial sovereignty. A few months ago, Premier Danielle Smith unveiled her landmark legislation in the Alberta legislature, giving her cabinet an increased authority to alter the law without the consent of the house.

Also Read: The arrival of Alberta Sovereignty Act will trigger a domino effect across Canada

‘The Alberta Sovereignty within a United Canada Act’ gives Alberta the authority to instruct provincial agencies to take action against federal laws it considers unconstitutional or harmful to Albertans. The Alberta Sovereignty Act, introduced as Bill 1, aims to transfer responsibility for ensuring constitutionality to the federal government by urging Ottawa to dispute the new law’s application in court rather than the province suing the federal government over laws it disagrees with.

As Smith introduced the bill, she said, “This legislation is designed to be a constitutional shield to protect Albertans from unconstitutional federal laws and policies that harm our province’s economy or violate Alberta’s provincial rights.” Besides, The Alberta government is also constantly proposing an independent commission to oversee complaints against police officers from across the province.

Simply put, Alberta government are trying to abolish the RCMP and are developing a plan to establish their own police force in its place. Due to the growing dissatisfaction with the officials in Ottawa, Alberta is severing its connections to the federal government. Danielle Smith, the premier of Alberta, is doing all in her power to disparage and denounce Justin Trudeau and his administration whenever she gets the chance. The current agreement with Turkey will further strengthen Alberta’s desire for provincial independence as Danielle Smith fights a battle of supremacy.

After fossil fuel, it is human resources that the West is hunting for in Africa