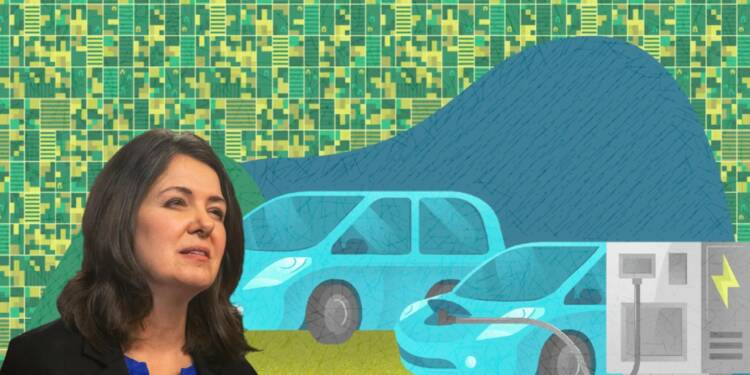 Canadian Prime Minister Justin Trudeau pitches Canada as a global climate leader. But is Canada benefitting from the current government’s tenets? Certainly not. He has been taking up a large chunk of climate policies that are bound to hurt the country’s provinces’ interests. The supranational entity in the driver’s seat keeps on mindlessly passing edicts en masse with a pen stroke without realising the grave repercussions. But, only Alberta has the guts to bog down those diktats of Trudeau and scare the living daylights out of him.

Canada is the western world’s leader in rare earth space but the leader of the country is too naive to realise that. Canada is blessed with copious amounts of natural resources but the country isn’t utilising its resources to their full potential. The country has fallen into the hands of Trudeau who never gets tired of boasting about his absurd green policies which have dealt a severe blow to the prairies which drive most of the economy from the energy sector.

In a similar fashion, the Canadian government has now passed an electric vehicle mandate which is facing a push back from the provinces. Fortunately, the province of Alberta enjoys the power of bogging it down owing to its “Sovereignty Act”. Alberta is a fossil fuel rich province and its economy is primarily driven by it. Most of the Albertans’ livelihood is dependent on it. In such a scenario it would be extremely wrong on Ottawa’s part to arbitrarily impose its green diktats without having done a feasibility study of its own country. Therefore the Alberta government is thinking of methods to oppose the Liberals’ “absurd” electric car mandate, including the first use of the province’s newly passed Sovereignty Act.

Steven Guilbeault, a Liberal minister of the environment, declared on Wednesday that by 2035, every significant passenger vehicle sold in Canada must be electric. The mandate, according to the office of Alberta Premier Danielle Smith, is a blatant breach of Alberta’s ability to independently control its economy.

According to True North, the premier’s office said in a statement, “Our Cabinet and Caucus will discuss this issue and what tools we will consider using to push back on this absurd federal policy, including potential use of the Alberta Sovereignty within a United Canada Act.” The announcement was deemed “exceptionally tone-deaf” by the premier’s office as Albertans and Canadians battle soaring inflation.

“Not only will this Ottawa edict cost taxpayers and rate payers’ tens of billions for needed grid upgrades, it will drive up the costs of purchasing vehicles, and erode an Albertan’s freedom to choose what vehicle they need, to meet their and their family’s needs.” Beginning with the 2026 model year, the measure would impose additional obligations on automakers and importers, mandating that 20% of vehicle sales be electric.

The Canadian Environmental Protection Act may impose fines on manufacturers or importers who don’t reach the sales goals, according to the laws. For first offences, the act’s penalties range from a $15,000 fine to up to three years in prison. However, Alberta has the opportunity to free itself from Trudeau’s clutches and serve its interests first. The province can detach all its strings to Trudeau’s mindless policies by using the bill of sovereignty for the first time since it has been tabled.

The government says Bill 1 allows the province “to stand up to federal government overreach and interference in areas of provincial jurisdiction, including… private property, natural resources, agriculture, firearms, regulation of the economy and delivery of health, education and other social programs.”

Read More: Canada loses $ 150 bn of its worth because of Trudeau’s green energy madness

The bill lays forth the legal structure necessary for Alberta to formally defend its territorial integrity while upholding treaty rights, Indigenous rights, the Canadian Constitution, and judicial processes. Canada has been witnessing how Alberta has been in a bid to remove even the minutest liberal bug in the province and has since then been prospering. At a time when Canada is witnessing bad days, only Alberta is booming. This is irking the nerves of Justin Trudeau and his liberal breed who eye the province as their biggest target. They have been making and scrapping policies that hurt the province’s economy the most. But, not anymore. Alberta has made it loud and clear that the new law in question will not let Trudeau have any say in the province of Smith from this day forward.