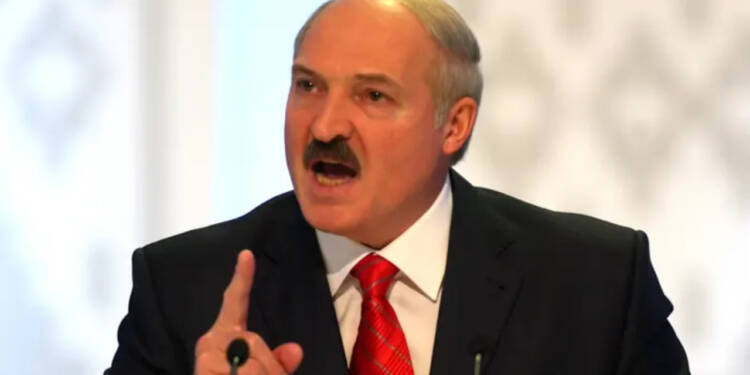 While Ukrainian president Volodymyr Zelensky was having a good time in Washington linking up with his Western counterparts, Belarus and Russia were planning to dig his grave. Apart from the pomp and the rhetorical chatter, Zelensky and Biden sat at the table discussing matters concerning Ukraine’s security. The war-torn nation is having a hard time facing the scare of Russia and hence president Zelensky paid a visit to its de-facto, if not de jure, military ally Washington to ask for help. But, little did Mr. President knew that on his return, he’ll be receiving an early and not-so-merry Christmas gift from Russia.

Earlier there were mere speculations that Belarus and Russia will escalate tensions on the country’s western frontiers but now it’s officially declared! The satellite nation has now announced that S-400 air defence systems and Iskander missiles the country has received from Russia have been put “on combat duty.”

Merry Christmas to Ukraine! Even after continuous provocations from Ukraine, Belarus continued to resist attacking Ukraine. But what Belarus has been resisting ever since the war began, is now on the cards. To add to Kyiv’s worries, Belarus is now joining the war against Ukraine. Russia’s might was already getting tough to counter for not just Ukraine but the US and the EU altogether and now Belarus joining the warfare is certainly bad news for the West.

Belarusian President Alexander Lukashenko recently announced that the S-400 air defence systems and Iskander missiles Belarus got from Russia have been placed “on combat service.”

The decision was made at a time when observers are citing growing pressure from Moscow on Minsk to strengthen the Belarusian participation in the Russian invasion of Ukraine.

Read More: Ukraine should have timely accepted the peace proposal, now it stands to lose most of its territories

In a meeting with his Russian counterpart Vladimir Putin on December 19, while the latter was in Minsk, Lukashenko made the news.David Marples, a professor at the Canadian Institute of Ukrainian Studies with the University of Alberta, said that Putin likely increased pressure on Lukashenko to commit forces in Ukraine.

Now, this visit of Putin to Minsk holds some historic relevance as Putin was never poised to Minsk in the past three years, even when Belarus was held up in a turmoil during 2020. This puts forward the view that Putin needs Belarus to join the drill against Ukraine which will now give the country a leeway.

For years, Lukashenko has urged the Kremlin to give his government Iskander missile systems. He has stated that this would enable the Belarusian military to increase its strike range from approximately 300 km (186 miles) to 500 km (311 miles).

And now, when the demands of Lukashenko are finally met, it is raising concerns among its neighbours. You see, Belarus is politically and financially dependent on its closest ally, Russia. During their invasion of Ukraine on February 24, Russian forces utilised sites in Belarus as a staging area, transferring troops and equipment into northern Ukraine.

Reportedly, Ukraine also planned to strike the territory of Belarus. Ukraine attacked Crimea and at the same time was daring to drag Minsk into the war. Although Lukashenko was silent he was prepping Belarus to counter all kinds of scoundrels.

Belarusians have close historic and cultural links with Russia. Oleksii Hromov, Deputy Head of the General Staff’s main operations directorate, claimed two months back that up to 13,000 current and former troops and riot police from Belarus have signed a letter of agreement to take part in Russia’s war against Ukraine.

Ukraine President Zelensky who was already shivering at the thought of Belarus and Russia coming together must now be having sleepless nights. Belarus is now all set to pound the already war-ravaged Ukraine with its new Russian-origin long-range missiles. The threat of the country’s involvement must now be spooking the Western nations and Ukraine.