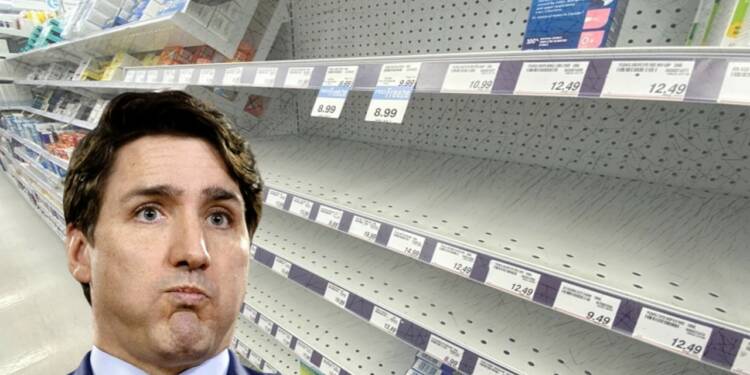 Medicine shortage Canada: Self-sufficiency is an elixir through which most of the major civilisational problems can get cured. People can live a comfortable life and importantly, they don’t have to rely on any third party to survive.

This might be the reason why the Albertan government introduced the ‘sovereignty act’ and decided to set new rules for itself rather than relying too much on Justin Trudeau-led federal government. Last week, Alberta decided to ink new deals with Turkey to give a boost to the ailing Albertan health sector. In that, Alberta had sought to help parents of toddlers who are struggling to find medicine for their little souls.  But, it appears, the Ottawa government is not aware of the reality yet. Or is it negating it on purpose?

According to a media report by Global news, Canadian PM Justin Trudeau has given a really nefarious statement stressing that making more kids’ pain medicine in Canada can never be the ‘best way’ to spend money. Reportedly, the Canadian PM has no clear idea whether ramping up domestic production of pharmaceuticals is the right approach to addressing the problem.

Reportedly, the Canadian PM has stressed, “I don’t know offhand if it is the right thing for Canada to be starting producing these particular pills or whether it’s just a question of getting more reliable supply chains and agreements out there,” Now, this statement has come at a time when Trudeau’s provincial arch-nemesis Alberta is challenging Ottawa at every possible front. If one remembers, just a few days ago, Alberta signed an agreement with Turkey to import millions of bottles of children’s pain medication from a Turkey-based pharmaceutical manufacturer.

At this point, Trudeau is coming out in the open and emphasizing that plans will not work. To be honest, if the highest official of the government believes that increasing production will not work, it is like escaping reality.

For months, Canada has been experiencing a nationwide shortage of children’s pain Medicine, leaving parents scrambling to manage their children’s fever and pain as rates of respiratory syncytial virus and influenza skyrocket. This Medicine shortage has led to some calls for Canada to invest more in its pharmaceutical production capacities for essential medications.

It is also emphasized that Canada needs a national strategy for pharmaceuticals that would both promote a strong private sector and include a publicly owned manufacturer. Over the past 10 years, import percentage of total domestic drug expenditure increased to 93 percent from 74 percent, according to an analysis citing, industry reports on pharmaceutical manufacturing in Canada.

Parents seeking relief from fevers in young children are ending up seeing empty shelves in pharmacies across the country. Some are forced to seek help from their friends and relatives outside Canada for help, while others have organized trips to the United States for Pain medicine.

Acetaminophen and ibuprofen for babies are limited as the country confronts parallel outbreaks of coronavirus, influenza, and respiratory syncytial virus, all of which cause fevers in infants. The public health department simply plays a victim card and passes the buck of scarcity on “exceptional demand since the summer,” as well as supply chain concerns, an unusually big spike in RSV cases, and hoarding.

Read More: The arrival of Alberta Sovereignty Act will trigger a domino effect across Canada

Even a small jolt in the global health supply chain is shaking the entire great white north. It is high time for Canada to go on the path of self-sufficiency and ramp up production across the country. Running away from reality and believing that only the Almighty will aid you is akin to waiting for a recruiter to approach you without any application. Mr. Trudeau, small things begin with initiatives; don’t make infants a part of dirty politics.