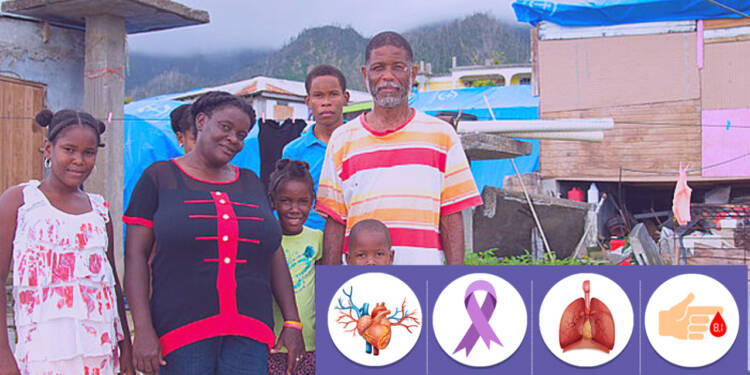 According to a media report by Caribbean news now, Dominica is reintroducing a training program for healthcare nurses to address the rise of deaths caused by the rise in chronic Non-communicable Diseases (NCDs). Reportedly, Dominica’s prime minister Roosevelt Skerrit at his recent swearing-in of Cabinet Minister following the snap elections that happened on December 6 announced, “ Today, I am announcing today that we are going to go back to training primary healthcare nurses in Dominica,”

“These nurses have to be in the villages, in the communities.” Skerrit emphasized the need for the nurses to not just stay in health centres but also “go back to house visits and home visits to see where the patients live.”

Reportedly, NCDs, such as heart disease, cancer, diabetes, chronic lung disease, and high blood pressure, are said to be the leading causes of death in Dominica in the past decade and a half. However, this step by Skerrit has come at a time when Caribbean nations are suffering from a massive brain drain of healthcare workers.

The brain drain in Caribbean islands

For the unaware, The Caribbean islands today are suffering from a massive brain drain especially among qualified nurses from their homelands to the more lucrative markets in North America and Europe.

The Pan-American Health Organization (PAHO) conducted a study in 2019 into some of the causes of the significant exodus of nurses from the English-speaking Caribbean, particularly to the United States, the United Kingdom, and Canada.

The report states that several of the nurses did show a desire to go back. But, the offerings by western shareholders stops them.

Overall, healthcare professionals have moved to western countries in search of better opportunities. But as a result, the Caribbean has become a very healthcare-poor region. This has been in motion for a long haul and honestly, the Caribbean islands never took the rising threat seriously. However, they realized that it is a really enormous challenge when COVID-19 struck the island chain.

Reportedly, the immense pressure during the pandemic wrecked the entire healthcare sector. The situation was so deplorable during the 2021 delta wave that Grenada’s health minister had to acknowledge that island’s healthcare system was on the verge of collapse as Grenada experienced the first wave of the coronavirus (COVID-19) pandemic during the period from August to October in 2021.

Similar scenes were also visible in nations like Jamaica, Antigua and Barbuda, and thus, after a long hiatus, the nations have started to focus on re-calibration.

Prior to that, Caribbean health professionals from various nations had also met and discussed ways to strengthen health system resilience, following the COVID-19 impact.

Read More: Grenadians are failing to get adequate health services, and the west is responsible for it

Due to political crises, natural disasters, and widespread poverty, the public health facilities all across the Caribbean are undoubtedly in a really tragic state. But, where there is a will, there is a way.

Make no mistake: if Caribbean countries provide greater counter offers than their western counterparts, these methods to recruit healthcare workers may succeed. Because if wages, working conditions, and employment possibilities drastically improved, over 74% of employees who currently reside in North America and Europe would seriously consider moving. This is according to the same PAHO report from 2019.

Implementation and correct materialization are now the only things that can stop this tremendous brain drain.

Marleshwar Temple, Timings, History, Travel Guide and How to reach