Grenada’s minister of health, Senator Jonathan LaCrette, called on doctors and nurses in Grenada to not take up employment abroad, emphasising that Grenada’s healthcare system will crumble if they leave. 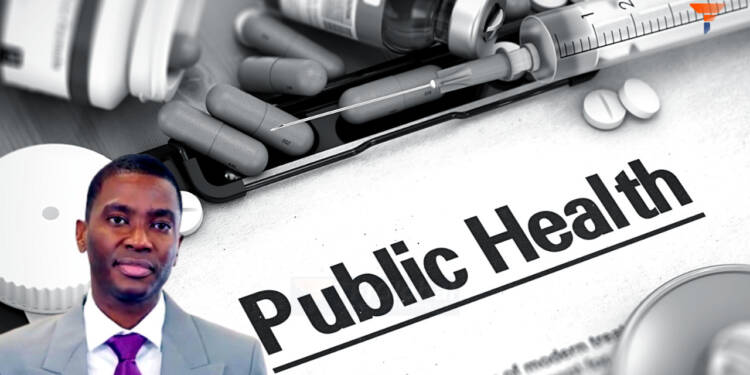 According to the Caribbean National Weekly, Grenada’s minister of health, Senator of Grenada Jonathan LaCrette announced that a monthly honorarium of EC$ 500 will be paid to nurses and healthcare workers next year.

Speaking at the 2023 Estimates of Revenue and Expenditure debate in the Senate, Jonathan LaCrette accepted that healthcare workers have not been treated fairly.

Jonathan LaCrette also called on doctors and nurses in Grenada to not take up employment abroad, emphasising that healthcare system of Grenada will crumble if they leave. In fact, the minister begged healthcare workers to not migrate to Western countries and stressed that the government will acknowledge their hard work and dedication.

Similarly, on 5th December, Grenada’s prime minister, Dickon Mitchell, said that his regime was implementing strong measures to resolve the issue of resource crunch in the nation’s health system. Jonathan LaCrette further added that the government has taken the problems facing health workers into consideration and will regularise as well train more nurses.

Now, according to the findings of a study done by the Pan-American Health Organisation (PAHO) in 2019 there is a massive brain drain among healthcare workers in Grenada. Many nurses and doctors are immigrating to nations such as the US, UK and Canada.

The study also noted that several nurses interviewed stated that they will return to Grenada if their government starts giving them benefits and opportunities. In fact, about 74% of Grenadian and other Caribbean healthcare workers settled in the US and Europe have expressed that they will return to their nations if their wages are increased and working conditions and other employment opportunities are improved.

Similarly, in 2018 eighty four nurses in Grenada left the country following their recruitment by a British agency which interviewed them for employment in the United Kingdom and elsewhere.

While last year, the president of the Public Workers Union, a trade union, Rachael Roberts stated that had it not been for coronavirus spreading in Grenada, there would have been a mass exodus of qualified healthcare professionals to well-paying jobs overseas.

Unfortunately, as a result the healthcare system of Grenada is in a very miserable state. As a matter of fact, in February, the then health minister, Nicholas Steele, stated that the healthcare structure was about to collapse during the first wave of the covid pandemic last year.

Grenada’s had a total of 13,526 covid cases and 214 deaths since the detection of the first case in March, 2020. Sadly, the country’s vaccination programme is poor as according to a Loop News report only 37,384 people, which means 33.1% of the population, are fully vaccinated.

Due to political crises, natural disasters and widespread poverty, the public health facilities in Grenada are tremendously poor. There are just 36 primary care facilities, 3 hospitals and one psychiatric hospital in the country.

Now coming back to the appeal of Jonathan LaCrette to the healthcare professionals, it is true that the governments of Grenada have not properly addressed the issues of its doctors, nurses and other health workers. There is a reason why so many of them are leaving.

However, before making any judgement against Grenada’s government, it must be taken into account that the economies of the Caribbean country and the US as well as Canada are poles apart. Yes, there are many opportunities in the latter regions in comparison to Grenada, so obviously doctors and nurses will flock there.

But in such a situation, the real victims are the common people of Grenada who do not have access to qualified doctors and nurses in the wake of emergencies.

Therefore, the West, which has some of the best surgeons and medical practitioners in the world, must realise that poaching Grenada’s healthcare workers is morally and ethically wrong.

Rich nations like the US and Canada need to understand that healthcare is one of the most indispensable sectors of any country, as the progress of a state relies on it. So by drawing the nurses and doctors of Grenada, they are contributing to the escalation of its crisis.

The West, which has always considered itself morally superior, must acknowledge that the mass exodus of Grenadian healthcare workers is exposing their hypocrisy and highlights their selfish agenda.