The opposition party in Antigua and Barbuda, United Progressive Party (UPP), has pointed several discrepancies and flaws in the nation's immigration system 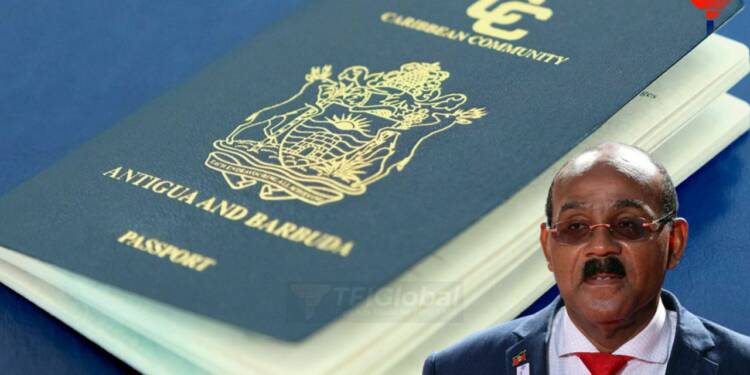 Immigration Department of Antigua: The United Progressive Party (UPP) of Antigua and Barbuda made claims of irregularities in the immigration system of the nation. This came in the backdrop of charter flights arriving from Nigeria, alleging that several passengers mysteriously changed their places of accommodation upon arrival in Antigua and Barbuda.

Responding to these claims, Immigration Department of Antigua stated that there were no irregularities in the system and added that all the passengers followed proper protocol. However, it acknowledged that a Nigerian national, who worked for the agriculture ministry and was assigned a government vehicle, did use a private vehicle to meet his friends.

Labelling the assertions made by the UPP as untrue, the Immigration Department of Antigua added that in the event of any of these visitors overstaying their visa requirements, it will swiftly take action and deport them.

Now, Let us tell you a story that explains the system’s failures.

There is an Indian businessman named Mehul Choksi, he is the owner of Gitanjali Group, a retail jewellery company. Choksi and his nephew Nirav Modi, defrauded a state-owned bank of about Rs 14, 000 crore in India. Both Choksi and Modi, who are currently absconding, are wanted by the Indian agencies for criminal conspiracy, cheating, criminal breach of trust, money laundering, corruption etc.

It turns out that Mehul Choksi was given citizenship by the government of Antigua and Barbuda. The Caribbean nation’s Citizenship by Investment (CIU) stated that he became an Antiguan citizen in November, 2017. Despite the Central Bureau of Investigation, a federal agency in India, sending multiple requests to Antigua and Barbuda for Choksi’s whereabouts, Gaston Browne’s regime has been extremely uncooperative.

On the contrary, Antigua’s government told the media that Choksi was granted citizenship after a careful scrutiny of his background. However, the CBI stated that it was never contacted by Antigua’s agencies for verification of Choksi’s background or criminal record for the purpose of citizenship.

It must be noted that Choksi was living in the US for a brief period and settled in Antigua soon after the Indian government started proceedings to get his custody.

Although the government of Antigua stated that it had revoked the citizenship of Choksi. But since he has filed a case in the High Court of Antigua and Barbuda, the matter will be resolved in 2027. And even if the fugitive loses, then he can appeal in the Court of Appeals and later, in the Privy Council of the UK.

Now, coming back to the claims made by the UPP against the Immigration Department of Antigua and Barbuda in the context of visitors from Nigeria. It is true that there are serious flaws in the immigration system of Antigua. Its government’s highly unprofessional conduct in the case of Mehul Choksi, who perpetrated such an unprecedented financial crime in India, proves this.

If Antigua had a system with transparency and integrity as its hallmarks then it would not have granted citizenship to a disgraceful man like Choksi. Browne’s administration stated that it did a complete search of Choksi’s background, if it had done so then it would have uncovered that even before the registration of the bank fraud case by the CBI, there were several criminal cases pending against him in Indian courts and would not have given him citizenship.

And with the recent charter flights from Nigeria controversy, the accountability of the immigration system of Antigua is once again in the news. Unfortunately, the government has once again adopted an unaccountable approach in light of reasonable questions posed by the UPP regarding the security of the country. Sadly, UPP will not get the answers to its queries, since Browne’s administration has refused to cooperate with the Indian government, which is trying day in and out to secure the custody of Choksi, let alone an opposition party.

Madagascar: The forgotten island of Africa