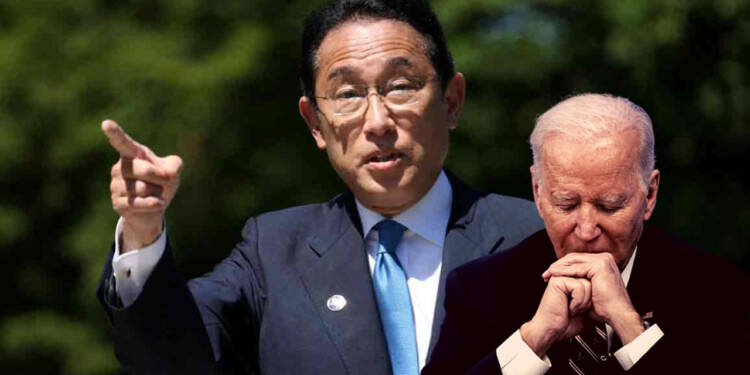 So, Japan has become the latest nation to side with Russia. Further, Japan doesn’t want an energy crisis like that of Europe. With China extending its tentacles to acquire stakes in the much sought-after Sakhalin-2 project, Kishida discerned that it was high time to get off the high horse he has been riding on.

A week ago, three Japanese insurers announced that they will cease providing war damage coverage for ships on January 1 in all Russian waterways. The move had the chance of impacting Japan’s energy imports hugely. The three insurance companies, Tokio Marine & Nichido Fire, Sompo Japan Insurance, and Mitsui Sumitomo Insurance, also began informing shipowners of their choice on Friday.

The decision was made as a result of foreign reinsurance companies declining to assume risks associated with Russia, which came roughly 10 months after the beginning of Russia’s invasion of Ukraine. Due to the decision of the Japanese insurers, there would have been no coverage for war damage anywhere in Russian waterways, including in the Far East, which is far from the conflict in Ukraine. Almost all travelling ships purchase ship insurance. For most operators, sailing in Russian seas would be too unsafe in the absence of supplementary coverage. And those who’d operate would increase their costs dramatically.

Read More: West is pushing Japan into the Ukrainian hellhole

The inability to obtain coverage could have an impact on Japanese imports of liquefied natural gas from the Sakhalin-2 project in Russia and other sources. The waters surrounding Ukraine were added to the Joint War Committee’s list of high-risk zones in February when the conflict first broke out. Members of the Lloyd’s Market Association, which runs the largest insurance market in the world, are on the panel. The committee extended the high-risk classification to cover the entirety of Russia in April.

However, just a week after the incident, according to a senior official at the industry ministry, the Japanese government has asked insurers to assume greater risks in order to keep providing marine war insurance for LNG shippers in Russian waters.

The request was made in a letter to the nation’s general insurance association by the Financial Services Agency and the Agency for Natural Resources and Energy. According to the official, Tokyo wants to make sure that Japan will continue to buy LNG from the Sakhalin-2 project in Russia.

The official said, “The FSA and ANRE have asked insurers to take actions to continue offering marine war insurance for the shipowners to transport LNG from Sakhalin-2 as it is key for Japanese energy security.”

Further, Japan’s electricity can be impacted with the three Japanese insurers’ decision. To put things in perspective, Japan depends heavily on coal. It is the third-largest importer of coal in the world. The nation ranks 49th in the world with barely 13 million tonnes of coal produced annually. The second-largest coal supplier to Japan is Russia.

Additionally, nearly 32% of Japan’s electricity comes from coal, making it a crucial energy source on par with liquefied natural gas.

Japan has relied on Russian coal and LNG for years to sustain its economy. Japan imports around 90% of its energy and Russia remains a vital source when it comes to acquiring liquified natural gas. A heavily funded Sakhalin-2 project from the Japanese Ministry of trade, economy, and industry, Sakhalin-1 is “extremely important” concerning Japan’s energy security.

And, Kishida’s call to look for alternatives to Russia’s energy has failed to yield any results. Additionally, a seamless transition is not possible because Europe is also looking for alternatives, and as such, it is not operating alone.

Kishida government’s decision to not risk its energy is a step in the right direction. It has faltered enough by taking several anti-Russia steps. But it’s time now to mend the mistakes.