Caribbean nations’ handling of COVID-19 illustrate that apart from wealth and resources, another indispensable aspect in proper coordination is unity and transparency which are missing in the case of the US and UK 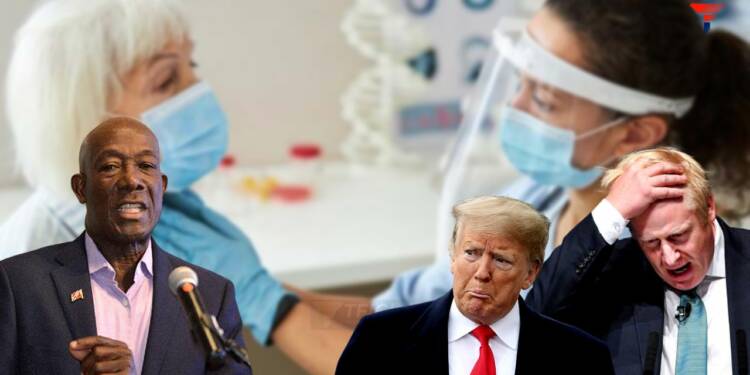 Covid 19 was one of the most difficult phases in the world. In addition to testing the will power of various nations, it also uncovered the unprecedented miscalculation of governments.

In this backdrop, Caribbean nations’ handling of this public health emergency illustrate that apart from wealth and resources, another indispensable aspect in proper coordination is unity and transparency which are missing in the case of the US and UK.

The response to the covid pandemic of the US is one of the worst, it recorded more than 530, 000 deaths despite accounting for four percent of the global population. The US government’s outright neglect of rationality, suggestion of absurd cures, repression of sensible doctors and nurses, lack of adherence to public health guidelines and persistent urge to open the economy are responsible for its failure during coronavirus.

For example, in January, 2020, the WHO recommended the test prepared by German scientists to be used for Covid-19 testing. However, the Centers for Disease Control and Prevention (CDC) resumed its costly and flawed testing procedure.

Similarly, the UK’s experience with covid is another cautionary tale. As according to a parliamentary committee report, Britain’s response to the pandemic is one of the worst failures in public health domain. The report, titled “Coronavirus: Lessons learned to date”, was prepared by the Health and Social Care Committee and the Science and Technology Committee.

Also, the former chief advisor of ex prime minister of Britain, Boris Johnson, told the media that the UK’s government failed miserably in covid management. The Economic Times reported last year that the nation has the fifth highest death toll from the virus.

Read more: Caribbean nations are hitting the panic button amid a massive ‘brain drain’ in the health sector

However, unlike rich and powerful nations like the US and UK, the Caribbean states’ management during the pandemic serves as an example.

As the Caribbean region has been troubled by many natural calamities and diseases in the past, it created many organisations and councils to better manage the evolving infectious diseases in the world.

The Caribbean reported the first case of Covid-19 in March, 2020. In response, the Caribbean Public Health Agency (CARPHA), a regional health body, collaborated with the Pan American Health Organization (PAHO) and the Caribbean Association of Medical Councils (CAMC) and authorised incident management teams, formulated situational reports, created specific travel instructions and did statistical analysis. From April- May, 2020, a majority of the Caribbean nations implemented stringent lockdowns and closed their borders.

In June 2020, these health organisations partnered with the region’s governments to provide them with medical assistance and enhanced their healthcare systems by establishing covid-dedicated clinics, transformed large public places into makeshift hospitals, increased beds and upgraded ICU facilities. While the CAMC carried out webinars to inform the Caribbean governments about possible cures and treatment protocols.

Similarly, the CARPHA collaborated with the WHO and timely-provided vaccines to Caribbean nations. The region’s average percentage of fully vaccinated people is 29. 68% in contrast to the global average of 12.7%.

Perhaps this dedication and scientific decision-making is what resulted in Trinidad and Tobago ranking number one in a report published by the University of Oxford. The study examined global responses to Covid-19 on the basis of four of the six criteria specified by the WHO. Trinidad’s experience demonstrates that despite being a small nation with inadequate facilities, its evidence-based techniques facilitated in averting a large-scale outbreak.

The organised management of covid in the Caribbean received praise from the Caribbean Hotel and Tourism Association (CHTA), which commended the CARPHA, healthcare professionals and governments for their handling of the crisis. CHTA emphasised that their wisdom resulted in the revival of the tourism sector in the region.

While CHTA’s data partner, Insights at ForwardKeys, stated, “The Caribbean example is not just about showing a great example of a region recovering but instead about a region that is growing – despite all the macroeconomic factors taking place now such as the slowdown of the world economy, rising costs of petrol and the effects of the war in Ukraine.”

Read more:  Grenadians are failing to get adequate health services, and the west is responsible for it

Hence, the experiences of the Caribbean during the pandemic are lessons for rich nations which consider themselves superior and advanced. Had the US and UK governments taken the pandemic sincerely, they would not have been grappling with scandals which exposed their brazen mismanagement. The West’s experiences are cautionary tales for the Caribbean, while the latter’s stories are lessons on how to govern during catastrophes.