Haiti hasn't experienced democracy for the past two years. The once-peaceful republic has deteriorated into small democracies where systems are collapsing 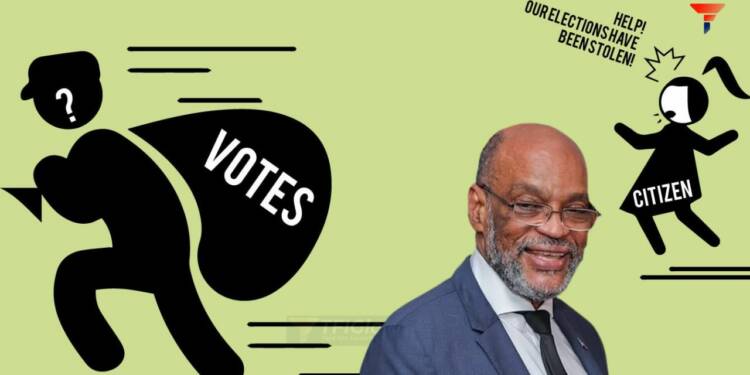 As the general elections of 2023 nears, the Ariel Henry-led Haitian Government has announced that Haiti will be constituting a High Transition Council (HTC) to ensure the holding of elections in Haiti.

Reportedly, Ariel Henry has stressed that High Transition Council will be charged with facilitating elections.

While announcing the institution of HTC, Ariel Henry stressed, “We will have to officially install them this week and give them the means to start working hand in hand with the Government” Henry said, adding that he will issue a decree creating the HTC, which will be published in the official newspaper Le Monitel with the names of the three people who will direct it.

He furthermore added, “We are moving forward with those who want to do it. Others will come and join us. We will give them space… we must learn to trust each other in 2023.”

According to reports, the group’s members—Calixte Fleuridor from the Protestant Federation of Haiti, Mirlande Manigat from political parties, and Laurent Saint Cyr from the private sector—will meet with the prime minister at least once a month to decide the roadmap of elections.

Through this mechanism, the Haitian PM hopes to define a road map with the strategies and actions necessary to organize the elections in this Caribbean nation. But, what’s the guarantee the elections will not be rigged.

Well, for the last two years, Haiti is entangled in a political instability and honestly, there appears to be no end to the mishap that has taken place after the assassination of Jovenel Moise. At the end of January 2023, the term of the 10 senators who elected officials is ending. And so, it is more likely that elections are set to take place real soon.

Well, this is no hidden fact that for years, Haiti has been submerged in a political, economic and social crisis, which has been exacerbated by the actions of urban armed gangs. When the crisis was at its peak, Haitian politician Ariel Henry was elected as Haitian President and he got backed by the UN.

On request of Ariel Henry, UN Security Council powers including the United States accepted that Haiti’s elections will be delayed until the second half of 2022 at the latest as the impoverished nation is hit by repeated crises. The United States, the most influential foreign player in Haiti, had earlier pushed for elections to go ahead this year to restore democratic legitimacy amid a power vacuum.

However, after Prime Minister Ariel Henry fired members of the disputed Provisional Electoral Council, elections were put off indefinitely. For all these steps and nefarious attempts in which he has ridiculed democracy,  the current Haitian President is hated and despised by the people of Haiti.

Read More: Haiti: The Troubled Nation of the Caribbean

On the day of Jovenel Moise’s assassination, it is claimed that Ariel Henry had contact with Joseph Felix Badio, one of the prime suspects behind the brutal assassination.

The current Haitian prime minister consistently mocks democracy and still has the audacity to demand that the people of Haiti put their faith in his government even as the US and Canada continue to meddle in its internal affairs.

Can Henry, in the midst of all this, guarantee that the 2023 elections will be the people’s mandate and not just a mandate for him to hold office for another four years? If not, then this election is no different from what is called a ‘seating of puppet president’.