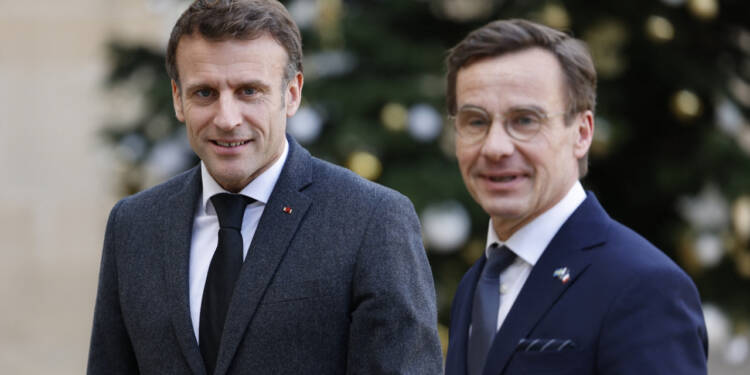 The Russo-Ukraine war has made the world, and particularly European countries, realize the value of self-sufficiency and the perils of over-dependence. Russia had a virtual monopoly on European gas and energy supplies. A supply shortage in 2021 revealed Europe’s reliance on Russian gas, with benchmark prices more than tripling. Stockpiles in the EU fell to a record low as heavy maintenance was carried out in North Sea fields and supplies of liquefied natural gas were redirected to meet Asia’s soaring demand. With Russian supplies under threat in 2022, European LNG imports were pushed to full throttle, domestic producers promised to maintain maximum output, and EU buyers tapped new supplies from Africa to Central Asia.

Thus, since the beginning of the war, European countries had begun to diversify and intensify their efforts to secure energy supplies. The Swedish government, for example, stated that it had directed the national power grid operator and the country’s energy regulator to step up efforts to improve power supply security in the short and long term.

Sweden has also thrown its weight behind the stuttering revival of nuclear power in Europe, saying it could build up to 10 new reactors in the coming years. Ulf Kristersson had reversed the previous Magdelena Andersson policy of switching entirely to renewable energy when his new administration was inaugurated in Stockholm. The government also announced the construction of more nuclear reactors.

The Nordic country would have hoped that its European and American allies would assist Stockholm in its efforts to increase its energy supplies and, as a result, end Europe’s energy crisis. But the Swedish were unaware that there are no eternal friends in international space.

Germany, for example, proved to be a major impediment to Sweden’s efforts to expand its nuclear sector. According to Euractiv, German energy giant Uniper, which will be fully owned by the German government, has announced that it will not build any new nuclear power plants in Sweden after rejecting the plans of its Swedish subsidiary Barsebäck Kraft to build a new power plant.

As a result, the German energy giant will not build any new nuclear power plants in Sweden, which is undoubtedly a direct affront to Sweden’s ruling government’s ambition.

But why would a European country like Germany stymie Sweden’s efforts to solve Europe’s energy problems? Wouldn’t assisting Sweden benefit Germany by securing supplies for the energy-deprived country? There’s a nefarious geopolitical game going on here. As we have previously discussed, Sweden irritated the authorities in America by defying the might of the American empire and refusing to host NATO’s nuclear weapons on its soil. As a result, the US used its minions in Berlin to punish Sweden for acting against American interests. But little did America realize that this is no longer the era of unipolarity, in which America can threaten any smaller country and manipulate its internal affairs to suit American interests.

Self-determinism is important in today’s world, and Sweden is no exception. Sweden began looking for alternatives soon after Germany betrayed them. And the efforts have finally paid off. According to recent reports, Sweden could potentially buy nuclear reactors from France to beef up the Nordic country’s energy supplies, the Swedish prime minister has been quoted as saying while on a visit to Paris.

“I am completely open to France becoming one of the countries ensuring that Sweden gets more nuclear power,” he added.

This would not be music to the ears of US President Joe Biden. His attempts to throttle Sweden’s development are on the verge of failing. Furthermore, if signed, this agreement would assist France in outbidding Germany in its ambition to become a European hegemon.

You see, French President Emmanuel Macron is emerging as a more important global leader in his second term. Macron’s new prominence stems not only from the European Union’s weight, particularly in economic matters but also from the unique role France sees for itself: as a major power allied with – but epistemologically independent of – the United States. This positioning has caused problems for many countries, particularly Germany, which has its own squabbles with France.

The recent episode is yet another slap in the face for Biden and his henchmen. It is past time for America to recognize that it cannot coerce smaller nations to follow its edicts.