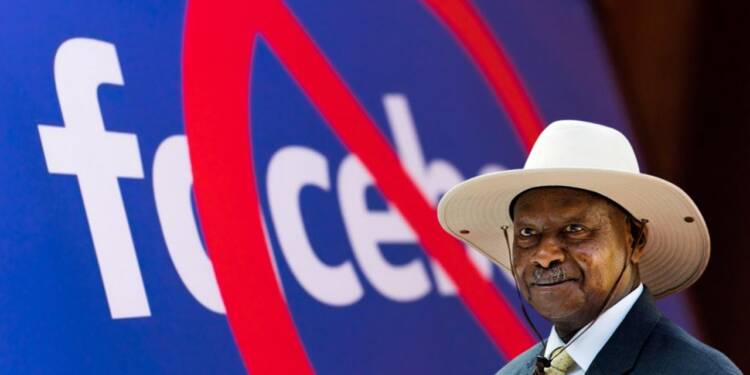 Meddling and interfering are two terms and policies that Facebook usually doesn’t like to tell the users when it’s stealing data. Africans know this very precisely that Facebook has often tried to create unrest and mayhem in their nations with their notorious algorithms. As a result, the Ugandan government sought to ban social media in Uganda. It did this by outlawing two local Museveni supporters known locally as Bajjo and Full Figure for what it deemed to be an account misuse.

Since then, Facebook has been completely in isolation. However, old habits die hard, so it tried to clash with the Ugandan government once more. Uganda has retaliated, and as usual, Uganda is winning.

On the occasion of new year, a verified Facebook page titled ‘Government of Uganda’ uploaded an image thanking its 50,000 users for following and wishing a prosperous new year 2023. This caught the attention of Ugandan officials in Kampala and so, Facebook has again landed in trouble. According to a media report by the star,  the government of Uganda has disowned Facebook and Instagram pages operating under its name after controversy arose over why it was using social media platforms it had restricted for its citizens.

Uganda banned Facebook in January 2021, accusing the social media platform of meddling in the country’s affairs. Now any sane mind would definitely think how the hell are these pages active despite Facebook being banned from Uganda. This is the exact crux of the story.

The pages have been entirely disowned by Museveni’s government. The Facebook and Instagram pages purporting to be official government sites have a “blue badge”, which indicates they have been verified by Facebook as “the authentic presence of the public figure or global brand it represents.”

Using Twitter, the Ugandan government issued a statement announcing that the accounts are not being run by the government. The statement read, “The only authentic account of the Government of Uganda is on Twitter,” The Facebook page is now in question as it was created in 2012 and has over 50,000 followers. Responding to criticism online, the Facebook page purporting to be owned by the government said “we’re in talks and we hope this year we shall resolve the issue.”

The most surprising aspect of the story is that the Instagram account is more obviously problematic. It spells the country as ‘Uganga’ instead of Uganda and is registered in Russia. The page was launched in 2020 it has around 6,000 followers. So, one could easily suggest that there is definitely something fishy going on here.

Now one major thing to note here is that Facebook has made such a futile statement after Musevini lashed out at Facebook.  For the unaware, Yoweri Museveni, the president of Uganda, has stated that if Facebook, one of Meta’s social media sites, stops  “playing games,” the country will remove its ban.

On January 11, 2021, Facebook canceled a number of accounts connected to the Ministry of Information in Uganda. On social media, the president, who was running for re-election for a sixth term, was accused of utilizing phony accounts to support the ruling party. Facebook, which had no legal authority to meddle in Uganda’s election was immediately banned from Uganda for making baseless claims.

Today, more than 722 days have passed. There have been several attempts to negotiate the unblocking of Facebook, but without tangible results. Facebook till today, refuses to comply with the government’s demands to restore deleted accounts.

Read More: ‘No King in history was as powerful as Zuckerberg,’ an insider at Facebook spills the beans on the Big Tech giant’s evil empire

Instead, it has chosen to engage once more with the Ugandan government by fabricating baseless claims and posts that government representatives are still using Facebook. However, they were unaware of how disastrously their naïve endeavor to assert their dominance would turn out to be. The only task Facebook had was to return to Uganda and to do so with respect. However, because of the persistence of old habits, Facebook is again making it sure that it never returns back in the nation. Ugandans must continue to live without direct access to Facebook.