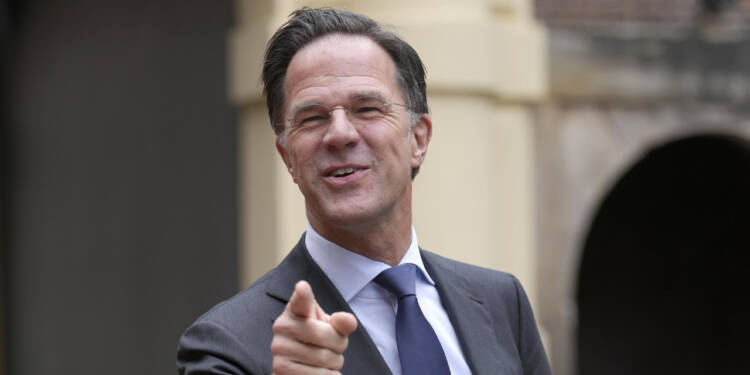 Russia invaded only Ukraine but the whole Western world came forward to share the brunt. The war has seen some really powerful behemoths of countries falling to pieces. They themselves pushed their fate into the abyss by blindly following the Western diktats, but some countries were smart enough to stay neutral like Spain, Greece etc. One such country was the Netherlands which is now reaping the benefits of toeing a fine line between the West and Russia.

The Russo-Ukraine war had most parts of the world imposing sanctions on Russia which did nothing but propelled those nations into crises of sorts. But some nations like the Netherlands took a neutral stance throughout the war and are now reaping the benefits of it.

While other European countries are struggling to light homes, countries like the Netherlands are flourishing. According to a recent report by macrotrends, the national debt to GDP ratio of the Netherlands shows a gradual decline from the year 1990-2023.

The Debt to GDP ratio is significant as it implies how capable a country is in paying its debt. It basically is the ratio between a country’s debt to its gross domestic product. The lower the ratio, the healthier is the economy.

You see, some nations were blessed owing to their neutrality over the issue. The Netherlands was one of them. Well, not only the Netherlands but countries like Spain too are reaping the benefits of its neutrality.

The Russian dovish Spain has enough energy reserves to smoothly survive this winter and the smart country has even started prepping up for other winters to come. While the western countries are paying the price of their deeds, countries like Spain and Netherlands are reaping the benefits out of their neutrality.

The country that remained silent on the issue of the Russia-Ukraine war, unlike its counterparts, is now emerging as a ray of hope for the rest of European countries as it has ensured its energy supplies with Russia. While the mindless lot of European countries led by Germany and the UK were busy exacerbating their self-made crisis by taking an anti-Russia stance, the Netherlands secured its nation’s interests first. The Netherlands is a founding member of the European Union and NATO, but in a historical move amid the Russia-Ukraine war, it also became the first country to withdraw sanctions against Russia.

In our previous articles, we have mentioned how the Netherlands has shot down the European solidarity in flames. It declared the absurdity of the Ukraine war and openly defied US’ diktats on the EU’s internal affairs. Everything that the Netherlands decided is coming to a positive end and its clever and brave policy of not toeing the western line blindly is helping it grow by leaps and bounds.

Evidently, countries like Spain, Greece and the Netherlands who stayed mum over the conflict and were reluctant to take sides are now flourishing like never before.