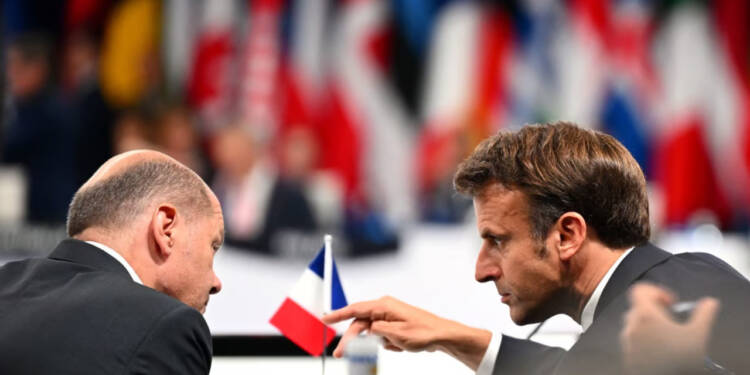 German–French wars: Germany and France are members of both the European Union (EU) and NATO. Both countries have committed to strengthening their ties within the organization and in the process, signed agreements on defense, security, and economic cooperation. But, the friendship that we see is on the exterior. In reality, Germany and France have never stopped being at war.

The history of German–French wars goes all the way back to the Middle Ages. By the time of the Renaissance, the two countries had already been involved in numerous battles and wars. The German–French wars of the 19th century resulted in the unification of Germany in 1871 and the establishment of the German Empire.

France was a leading maritime and colonial power before the Franco-Russian war. It was humiliated when two of its eastern provinces namely Alsace and Lorraine were annexed. Of them, Lorraine was very French. The five billion francs were paid up by France to the German empire ahead of schedule, but the humiliation of losing the provinces played a significant role in dictating France’s foreign policy toward Germany and ensuring its continuous animosity towards Germany.

Amidst this, Germany was unified, which led to a uniform currency and banking system there. Germany emerged as the economic powerhouse and strongest army in Europe if not the world from hereon.

The most famous and destructive war between the two countries was the First World War. This conflict began in 1914 when Germany declared war on France. A bitter four-year conflict ensued, resulting in millions of casualties and significant losses on both sides. The German–French wars ended with the signing of the Treaty of Versailles in 1919, which imposed harsh terms on Germany.

At the Paris Peace Conference, France was the main proponent of severe peace terms for Germany. Germany had to cede Alsace and Lorraine to France under the treaty. France also got hold of the Saar basin which was a goldmine of natural resources. Germany was made to surrender 13% of its territory and resources. Rhineland was to be demilitarised and France had the right to occupy it till 1935.

Further, the clause that Germans found most hurtful was the requirement to accept the responsibility for unleashing the war. This resentment led to the Second World War which was another major conflict between the two countries, with France falling to Germany in 1940 and the country being occupied by Nazi forces. Hitler instructed his Foch and diplomats to bring the same “Wagon of Compiegne” to the precise location where he and representatives from the Allied Powers and the German Empire met on November 8 to discuss the terms of the armistice.

And at the same spot, the second “armistice at Compiègne” was signed in June 1940, when Germany was all over France. This conflict ended in 1945 when Germany was defeated and the Allied powers occupied it.

The two countries have had a number of conflicts since then, including the Cold War, when Germany was divided by the Iron Curtain into West Germany and East Germany which ensured that its hostility with France continues.

Given that they have the two biggest economies in the continent, the two nations are regarded as pillars of the EU. But, the two are still divided on a number of issues.

The first is the Midi-Catalonia pipeline. France has reportedly turned down Germany’s request to restart The Midi-Catalonia Pipeline, also known as the MidCat project. The project aims to build a gas transit network connecting Germany and Spain that will pass through France and has the capacity to move more than 7.5 billion cubic meters of gas. The project can boost Germany’s economy, but France is cleverly ceasing Germany’s economic power.

Secondly, the Ukraine war and European defence also continues to be a conflict-creating ground between them. France has continuously been hostile to its European neighbour since the war started. Germany has followed the directives from the White House which has led to a catastrophe on the continent in the form of high inflation, high cost of living and a fear of a great recession.

When the Russian-Ukrainian War broke out, differences between the two countries over matters like energy, defence, and the economy re-emerged. The economic effects of the Russian gas shortage are particularly prominent in the rift.

Further, France is “furious” with Berlin for prioritising the US and foreign weapons over EU defences. France also isn’t also happy with joint defence programs, such as the Main Ground Combat System (MGCS) tank and the Future Combat Air System (FCAS) fighter jet, where the development has clearly lagged.

n addition, Germany and 14 other European nations, except France, signed the “Sky Shield Initiative,” a combined air defence project, on the sidelines of the recent NATO conference. This was done despite France collaborating with Italy to create the “Mamba” anti-missile umbrella project,

The €200 billion domestic energy aid programme by Germany is also a matter of concern for France. Additionally, Mr. Macron stated that Scholz’s intention to implement a €200 billion assistance programme to shield his people and companies from skyrocketing energy prices, ran the danger of causing “distortions” across the bloc.

Another point of contention between them is the conflict between Turkey and Greece. Both the European powers have supported the rival factions with Germany siding with Turkey and France siding with Greece. Geopolitical experts say that this may lead to a big war in the future. Meanwhile, France also has had several breakouts with NATO regarding Turkey.

Further, be it defence or energy, both nations have attempted to outplay one another. It may seem from the outside that Berlin and Paris constitute an important part of European unity, but, they have always attempted to paralyse each other’s growth. With both being in the European Union and NATO, they have not only impeded the growth of each other but of all of Europe.

Geopolitical Europe, which was constructed on the ruins of World War II, is currently facing a crisis, the degree or consequences of which may not be known for some time. The Ukraine war has exposed the vulnerability of European economies as the continent goes through a harsh winter and a worsening energy crisis. Furthermore, the disagreements between the biggest economies of the world have sparked debate if the EU can meet the requirements of its citizens or not.