What had been in anticipation has finally taken place, the US is now easing up on Maduro and the sanction regime against Venezuela is also ending. Now, a new window of opportunity is opening for Jamaica 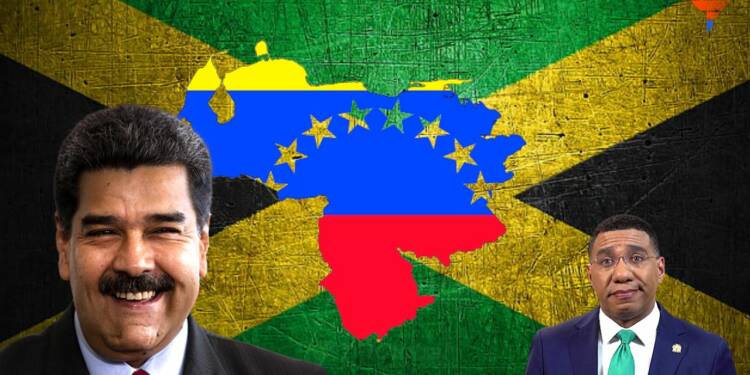 Some really interesting developments are taking place in Venezuela. Nearly after three years, the Venezuelan opposition officially abandoned the interim government led by Juan Guaido and so, now Nicolas Maduro is the legitimate leader of Venezuela.

What had been in anticipation has finally taken place, the US is now easing up on Maduro and the sanction regime against Venezuela is also ending.

Now, a new window of opportunity is opening for Jamaica to get back with Venezuela. Will Holness do so or will he stay on the line to be a US lackey.

In December 2022, three of the four main opposition political parties of Venezuela backed and approved a reform to dissolve the interim government led by Juan Guaido and created a commission of five members to manage foreign assets ahead of the 2024 elections.

This means, for now, Nicolas Maduro is officially the legitimate leader of Venezuela. Though Jamaica never formally declared Juan Guaido as a legitimate President, actions were enough to state what the Holness administration intended to show.

For instance, voting in favour of seating Mr. Guaidó’s representative at the Organization of American States (OAS), despite Caracas’s announcement that it was leaving the body, and started working with the Lima Group of Latin American and Caribbean nations to exert pressure on Mr. Maduro over the disputed elections.

Jamaica time-to-time attempted to lock horns with Nicolas Maduro in Venezuela. The most historic dispute between the two leaderships was the dispute over the price settlement of Petrojam.

Jamaica had warned Venezuela that it should pay for the renationalized 49 percent of the Petrojam oil refinery that was owned by Venezuela’s national oil, Petróleos de Venezuela, or PDVSA.

Jamaica was contested many times by allies of the Caribbean for his actions in Venezuela as some mentioned, it was lodging a double game, extending solidarity with Juan Guaido and financing PDVSA accounts of Maduro.

The United States had also mentioned Jamaica in one of its stressing statements that “USA is proud that its neighbours within the Caribbean were working to secure a prosperous, stable, and peaceful hemisphere.”

US former secretary of state, Mike Pompeo added, “A strong, freedom-minded OAS (Organisation of American States) is crucial to that effort. Prime Minister Holness and I share the goal of empowering that organisation,” the senior US diplomat said.

Cut to three years later, the US is now easing up to Venezuela due to its personal interests. Whereas, Jamaica is still sitting and twiddling its thumbs.

Read More: Not any western country but a Caribbean country can solve the Guyana-Venezuela border dispute

US eased up; why not Jamaica?

In a span of 3-4 months, the US has largely reverted some of the major sanctions against Venezuelan oil because of the West’s neo-scramble for energy.

The Biden administration agreed that the US oil company, Chevron, could resume limited oil production in Venezuela, even though income due to Caracas from the oil sales would be used to offset PDVSA’s debt to the American firm.

This undoubtedly triggered the interim government of Venezuela to abandon Juan Guaido, who was anyway failing US interest in Venezuela. Opposition groups that engineered Mr. Guaidó’s ouster argued that the interim government was “no longer useful and … of no interest to citizens”. They clearly believed that in the circumstances, their best option for dislodging Mr. Maduro is by preparing for elections in 2024.

But given that the interim government drew much of its oxygen from the United States, America’s reaction would have weighed greatly on their decision.

In all honesty, Andrew Holness should make contact with Nicolas Maduro as soon as possible if the US is significantly turning back on some of its misadventures against him. It can no longer claim to be doing what the US has been doing for years.

Mr. Holness, when there was a pandemic and an energy crisis, the US didn’t come to your aid. Venezuela, a 200-year-old ally, might be able to do so in the near future. It’s time to get your horses right.