Taking the matter of border dispute to the ICJ may not be the best course of action because the west might not serve the purpose until it finds its own personal gains first. However, a friend like St. Vincent and the Grenadines may resolve the issue better than the western court could 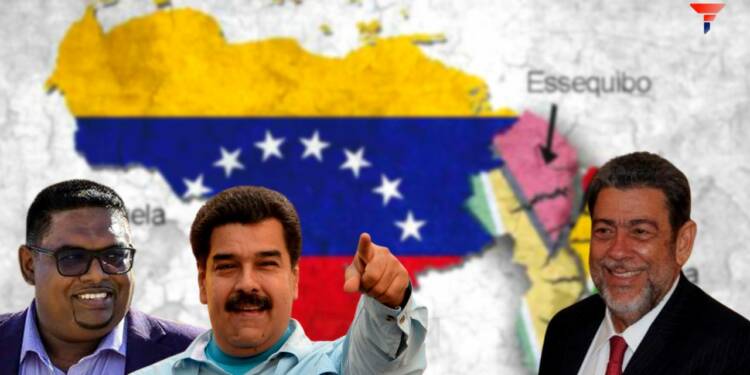 In the most recent hearing of the Guyana Venezuela dispute, the  Venezuelan officials have told judges at the International Court of Justice (ICJ) that they should throw out a case filed by Guyana in a long-running border dispute, which could determine which country has rights to offshore oil and gas fields.

Venezuela also asked for direct dialogue with Guyana over their ongoing border dispute after Guyana called for the dispute to go to the International Court of Justice (ICJ) for resolution.

Last year, President Dr Irfaan Ali of Guyana told the UN General Assembly in an address that while his government welcomes efforts to bring about domestic harmony with Venezuela, agreements that defy international law and processes must not be the basis for mediating such harmony.

The Venezuelan and Guyanese officials don’t want to take up the matter themselves and so, Guyana took the matter to ICJ for dispute settlement. However, ICJ appears to be in no mood to solve the Guyana Venezuela border dispute.

For the last four years, the matter has been hanging in hearings. The matter is not new; it’s a 200-year old dispute that is still being carried on. The matter cannot be resolved in compensation or any intrusion, only negotiations could work out and in these negotiations, Saint Vincent and Grenadines could do a much better job than ICJ.

Why? Let me explain.

For the unaware, Prime Minister of St. Vincent and the Grenadines Ralph Gonsalves had arrived in Guyana but no details were provided about this previously unannounced four-day “official visit”.

There, he described Guyanese government’s affordable housing programme as ‘impressive’, noting that it is an excellent initiative. The PM also stressed that the government will purchase 15 of the homes from the local company as part of the island’s rebuilding efforts after the volcano eruption in 2021.

Also, Guyana was among the first American nations to congratulate SVG PM Gonsalves after his fifth victory in 2020 elections.  At that time, Irfan Ali had stressed that advancing the ideals and the goals of the regional integration movement was his first priority with SVG.

Well, Saint Vincent and Grenadines and Venezuela share a 40+ yr old relationship. Since the establishment of diplomatic relations between the two nations, several major projects have been carried out, such as the construction of the current Argyle International Airport in St. Vincent, which was inaugurated on February 14, 2017.

And through the Miracle Mission, 310 surgeries were carried out between 2015 and 2016 between the nations. So one could easily guess that SVG and Venezuela share a good bond with each other.

Overall, Caracus and Georgetown are friends with Kingstown. Therefore, we assert that only a Caribbean nation can settle the Guyana Venezuela border dispute.

Saint Vincent and the Grenadines currently has the best chance to win over both countries’ hearts and take on the role of mediating between them because a LAC nation could understand the issue better than any other nation which is not that much aware of the problems of these nations. There is no doubt that the small Caribbean island will have a great opportunity to get energy deals from the buffer zone and revitalise the Caribbean on a worldwide scale if the Guyana Venezuela border dispute is settled.

Will these countries see the opportunity they have in hand? Only time will tell.