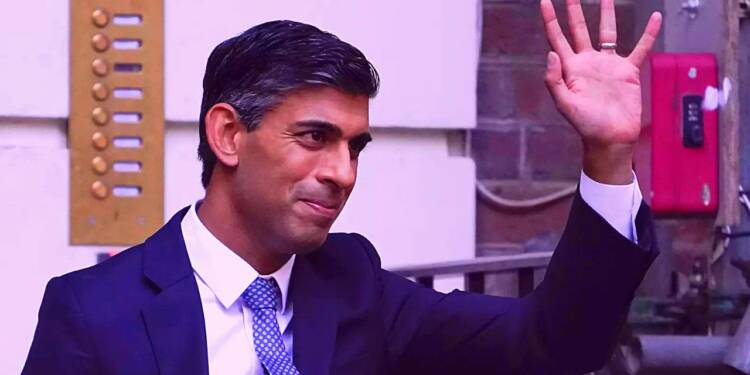 Gender Recognition Bill: When it comes to the issues of gender and sexuality, most of us would agree that children must be kept out of this discourse. But the Scottish government believes otherwise and sadly it drafted a law whose purpose is to brainwash children in the name of gender. Fortunately, Rishi Sunak’s government has averted this tragedy from unfolding.

It would also revoke the need for a medical diagnosis of gender dysphoria as applicants would only have to live as their acquired gender for three months instead of two years. In the case of 16 or 17-year-olds, it is six months.

However, the UK government blocked this highly controversial bill, emphasising that the law violates the rules of equality which are applicable to the entire of Great Britain. This is the first time that a Scottish legislation is being blocked by the UK’s government.

The Scottish secretary, Alister Jack, stated that it would have adverse repercussions on society and stressed the law’s impacts on single-sex schools, groups, associations and rules of equal pay for men and women.

Rishi Sunak’s regime also noted that having two distinct gender recognition methods in the United Kingdom will result in their misuse by people with ulterior motives apart from widespread complications.

Read more: Northern Ireland could soon break away from the United Kingdom

The move of the Scottish government will eventually lead to a major constitutional confrontation between the regimes of Britain and Scotland. Sunak’s administration used the power under Section 35 of the Scotland Act to block the radical measure.

The decision of Britain’s government reflects rationality and a long-lost hope that in this day and age when wokeism has intruded into institutions, there are sane leaders like Rishi Sunak. He realises that Scotland’s proposed legislation will make a mockery of the certified medical and legal procedures.

It is extremely unfortunate that the Scottish government will stoop such low for vote bank politics, using children as a tool for its political ambitions.

It is a fact that a person below eighteen is not mentally, physically and sexually fit to determine his/her gender. Many doctors have condemned the practice of encouraging the concept of gender dysphoria among children by adults. But despite multiple studies and evidence, the Scottish government has left no stone unturned in its quest to attain stupidity of the highest degree.

Read more: Could Sunak be the next Prime Minister of the United Kingdom

Apparently, Scotland’s First Minister, Nicola Sturgeon, is not aware of the infamous incident that took place in Virginia, USA. In Loudon County, a 15-year-old transgender teen raped an underage girl in a school’s trans-friendly bathroom. The perpetrator was earlier convicted of raping another girl at a different school.

Similarly, in Los Angeles, a transgender sexually assaulted a girl in a women’s washroom in 2014.

But the First Minister of Scotland, Nicola Sturgeon, condemned the Sunak’s government for Gender Recognition Bill step. Accusing the UK’s government of using transgender people as a “political weapon”, she said that there was no basis to challenge the draft law since it falls within the jurisdiction of the Scottish Parliament.

It is clear that Sturgeon is not going to back down for now, her next step will be to take this contentious issue, for which she received widespread criticism, from UK’s top court. But it is more than likely that the court will be on the side of facts and logic rather than absurdity and emotion.