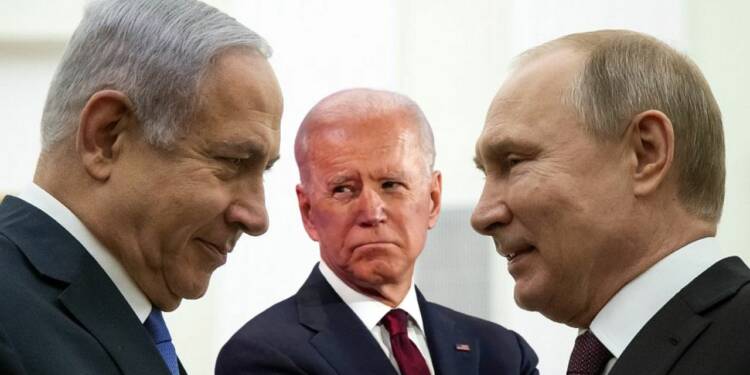 In the Russia-Ukraine war, most of the arms and ammunition are coming from the US. However, as the conflict is an artillery-based war, Washington’s defence industry is not able to meet Zelensky’s demand.

The weapons shortage has culminated in a desperate Biden forcing his allies to supply weapons to the incompetent regime of Ukraine. When that didn’t work, the US started using its weapons stockpiles which are stored in its allied countries.

Now, Washington keeps its arms stockpiles in strategically significant nations which are surrounded by its adversaries, so that they can be accessed in case of exigent circumstances. Hence, for its Middle Eastern operations, the US kept its weapons in Israel.

However, currently the US is engaged somewhere else. A helpless Washington, whose diplomatic and foreign policy experienced countless failures, is grappling with a reality check. Biden is starting to realise that it is the US which is responsible for the weapons shortage and not Russia, as it was the former which kept fueling the Ukraine war.

Biden is also experiencing fear psychosis which is driven by the fact that Benjamin Netanyahu has returned to power in Israel. As Netanyahu has good ties with Moscow, the US is under the illusion that Israel will give its weapons stockpile to Russia to strengthen its partnership. Therefore, this prompted the Biden administration to take away the arms which it stored in Israel and give them to Ukraine.

This action of the US has infuriated Israel, which is surrounded by many nations which are intent on harming its territorial integrity. This development is a major embarrassment for Washington since it has lost another significant ally.

In many ways, this episode resembles the severing of ties between South Korea and the US. Biden was unnecessarily forcing Seoul to supply weapons to Ukraine, this resulted in Yoon Suk-yeol cutting almost all defence ties with Washington and signing defence deals with Saudi Arabia. With South Korea almost gone from its camp, Biden must prepare himself for another shock in the wake of Israel’s departure.