According to a media report by Now Grenada, the Grenadian govt. has announced that the nation is officially under threat from gun trafficking 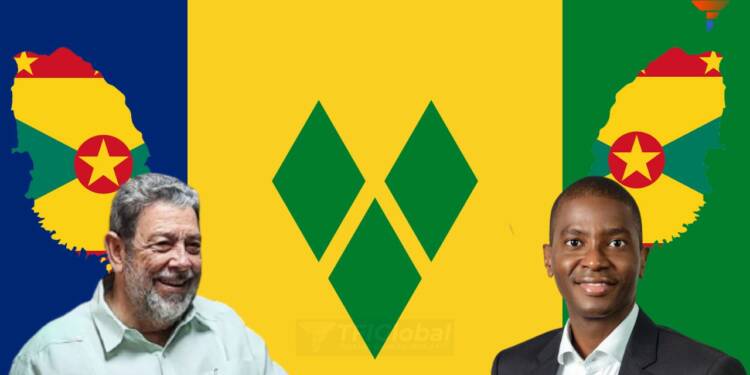 Gun trafficking is one of the main drivers of the Caribbean’s soaring violence. With Haiti reaching a breaking point and Jamaica on the cusp of falling apart, several nations in the Caribbean have hit the panic button.

One such nation is SVG (Saint Vincent and the Grenadines) which is extremely baffled by Biden’s ignorance on leaving countless lives at the risk of homicide. A few days ago, SVG issued a clarion call that the US needs to address the matter as early as possible.

Now, another member of the CELAC (Community of Latin American and Caribbean States) has echoed SVG’s war against gun trafficking by USA. This member is none other than Grenada, which usually remains quiet in the Caribbean. According to a media report by Now Grenada, the Grenadian govt. has announced that the nation is officially under threat from gun trafficking. Reportedly, the threat posed by the trafficking of weapons and ammunition into Grenada has been acknowledged by Prime Minister Dickon Mitchell. The young PM has announced that his administration will now adopt a new “zero-tolerance” stance toward guns in public places.

While answering the media, PM Dickon Mitchell stressed, “I want you all to understand that our island(s) are under constant threat from the importation of small firearms in particular. They are coming in barrels, they are coming in containers, and don’t be fooled, we are probably the last bastion of little or no gun violence in the region.”

Mitchell is not entirely wrong, when he says that the amount of weapons being trafficked has increased. Following searches by Customs and Police officers at St. George’s Port in recent weeks, firearms and ammunition in huge amounts were reportedly seized. The Police seized a number of illegal firearms throughout 2022 as part of drug bust operations and search warrants.

In November 2022, The Royal Grenada Police Force (RGPF) also stressed that robberies, praedial larceny, and other crimes are increasing in the country. The information was revealed when Superintendent Vannie Curwen, Officer in Charge of Crimes, discussed the RGPF’s plans to keep islanders and visitors safe during the Christmas season.

“These robberies have not appeared to be associated with organized criminal activities but are the works of individuals, who took advantage of opportunities presented to them in the absence of hardened targets.”

Read More: The illegal drug problem that has enslaved the Caribbeans for a century

One must take cognizance that Grenada’s statement is similar to what SVG’s PM Ralph Gonsalves had stressed while taking a dig at US President Joe Biden. On January 10th 2023, Gonsalves condemned the US for the prevalence of guns in the Caribbean country and the subsequent violence committed by them. The SVG PM emphasized that despite having adequate resources, the Biden administration is not taking any meaningful measures to curb the flow of firearms in St. Vincent and the Grenadines.

He stated that Mexico introduced a draft in CELAC on this matter which will be discussed at the 24th January meeting of the regional bloc. He stressed that once SVG takes the chair of CELAC, the Biden administration would be pressurized to aid the Caribbean nation for the mess that the US created. Grenada is also a member of CELAC and keeps a say on matters which are crucial for the Caribbean and Latin American nations.

At present, Grenada is one of the least bothered nations by crime. But, if the matters remain ignored, peace of Grenada could go belly up. This might be the reason why Grenada has extended a helping hand to SVG and is not hesitating to join the war against gun trafficking.