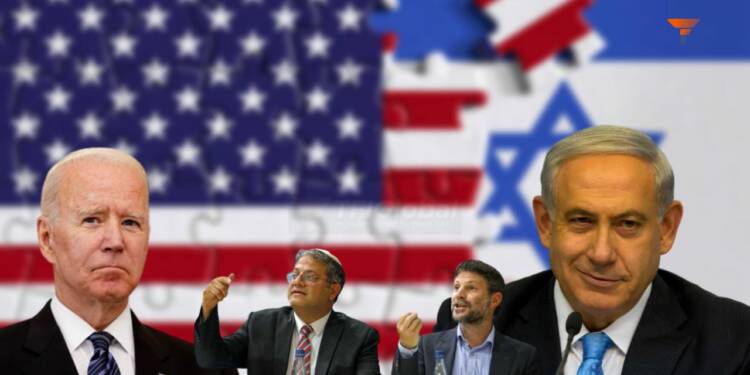 Israel right-wing leaders: In the history, we have seen how the US took the help of sanctions to topple democratic governments in various parts of the world. Now, the target is Israel, which in addition to being a major military and diplomatic power, is also a strategic partner of Washington. Therefore, instead of resorting to an economic blockade, the Biden administration has deployed its National Security Adviser to attain US’ ulterior agenda in Israel.

A statement released by Netanyahu’s office stated that the meeting focused on Iran’s nuclear programme and ways to expand the normalisation agreements established during the Trump administration. The statement reads  “the next steps to deepen the Abraham Accords and expand the circle of peace, with an emphasis on a breakthrough with Saudi Arabia”.

However, another significant issue which Sullivan touched upon during the talks is the Biden administration’s concerns regarding two right-wing ministers named Bezalel Smotrich and Itamar Ben Gvir in the new coalition government of Israel.

Read more: Liberals are making a massive U-turn on Palestine and snubbing Israel

In fact, the US government has earlier expressed its frustration against the two politicians belonging to the Religious Zionism and Otzma Yehudit parties. Democrat senator, Chris Van Hollen, who is close to Biden, said that the US government will do everything it can to prevent the incorporation of Gvir and Smotrich in Netanyahu’s regime.

Similarly, the US State Department got alarmed when Gvir attended the memorial of a rabbi who was assassinated by an Arab terrorist in 1990. In a statement, the Biden administration condemned Gvir stated “Celebrating the legacy of a terrorist organization is abhorrent.” The US ambassador to Israel, Tom Nides, tried to persuade Netanyahu not to appoint Smotrich as the defense minister.

The real purpose of the visit

But why did the US reach out to Netanyahu’s regime all of a sudden? If it is against the new right-wing coalition government of Israel, why did the Biden administration announce that it wants to strengthen the partnership between Washington and Jerusalem? Because the US doesn’t want Abraham Accords to be sabotaged. The Abraham Accords were a major diplomatic victory of the US in the Middle East.

Ever since the appointment of Gvir as the National Security Minister and Smotrich as the finance minister of Israel, the new coalition government of Israel is under unprecedented scrutiny by Palestinian authorities and their terror sympathisers. Since both leaders have not shied away from expressing their stance on the Israel-Palestinian conflict, Gvir made a historic visit to the Al Aqsa Mosque which infuriated the Palestinian Authority and Hamas. Similarly, Smotrich has been granted extensive powers by Netanyahu over the Israeli settlements and Palestinian construction in West Bank.

Read more: With Netanyahu’s victory, Israel is all set to ditch Biden and embrace Putin

Henceforth, the US is worried that the entry of Gvir and Smotrich right-wing leaders of Israel into the political scene can result in the rescinding of the historic accords.

It is true that Saudi Arabia, UAE and Bahrain can change their foreign policy with regard to Israel in future as they will interpret Gvir and Smoltrich’s actions as onslaughts on the entire Muslim world. Saudi Arabia recently hinted that it may join the Abraham Accords with Netanyahu coming back to power, but the chances look dismal now.

Hence, in order to prevent that from happening, Biden dispatched Sullivan to somehow persuade Netanyahu to dismiss Gvir and Smoltrich from the government. However, it is highly unlikely that Netanyahu’s coalition government will agree to the US diktats now.