Jamaica’s colonial history with Columbia, Spain and Britain ruling successively has led to long term repercussions on the economic and political structure of the country. But things are beginning to change

by Pallak Kashyap
in The Caribbean
Reading Time: 2 mins read
0 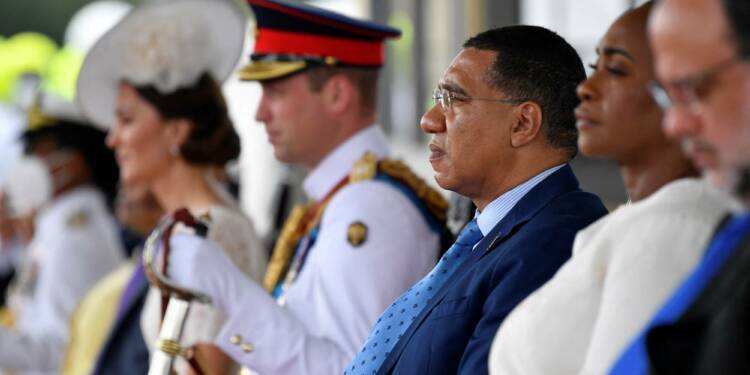 Tourism is the mainstay of Jamaica’s economy, and so the government proposed the construction of a highway which will connect the north part of the nation to the south. However, as Kingston even after independence, cannot come out of the shadow of Britain’s dominance, reached out to the UK government for assistance. London being London swiftly rejected the innocent demand.

In such circumstances, in 2011 Jamaica found a new partner and that is, China. As the central part of Jamaica has blue mountains which have made transportation difficult, hindering the tourism industry, adversely impacting the economic progress of the nation.

Prime minister Andrew Holness, at that time, found a significant ally in Xi Jinping. The Chinese government just like it always does welcomed the stressed nation with open arms. It is because of its controversial foreign policy. And, just like that, Jamaica became the first state in the Caribbean to become a part of China’s Belt and Road Initiative. So, Beijing started the construction of the north-south expressway.

The project’s terms and conditions were created in a way which are beneficial for Jamaica. For instance, as the Jamaican government is not able to repay the $760 million loan to the Chinese government. So, for the next 50 years Beijing will recover its debt through tolls and taxes. And after 50 years, the expressway will be handed back to the Jamaican government which can lease the same to China. And it can invest the revenue earned from that in the real estate sector.

Many countries believe that Jamaica is walking into debt trap by establishing ties with China. Though it’s true that China never comes to the rescue of the nations without any hidden purposes. That’s China’s way of increasing its influence at the global stage.

But still after that Beijing has proven extremely helpful to the Kingston in comparison to its former colonial master United Kingdom. London for years has neglected the miseries of the nation. China is also training about 300,000 Jamaicans employed in the north-south expressway project. China has also created a team of 2000 Chinese engineers who will upgrade and better the condition of roads and highways in Jamaica. At the same time, China plans to develop a deep-water shipping port in Jamaica.

Therefore, Jamaica, which has been under the hegemony of the US and UK for quite a long time, has found China at a time when it has no one to rely on. ​The arrival of Xi Jinping to Kingston has culminated a favorable environment for Jamaica, which can help it get out of its of financial and infrastructural backlogs.

Now, China maybe not a trustworthy ally, given its history of invasive diplomatic endeavors. But if Jamaica’s government play safely and use this China card strategically it can help the nation come out of the shadows of Washington and London.