Following the failed attempt of the US to influence the political affairs of Venezuela, Maduro is now reaching out to its allies Russia and China 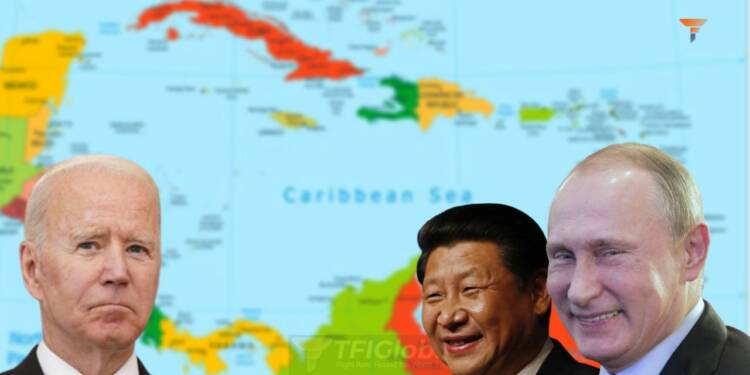 For years the US unlawfully interfered in the internal affairs of Venezuela, announcing sanctions on the South American nation in 2006. After Bush’s departure from the White House, the USA intensified the sanctions on Venezuela with Obama targeting specific individuals of the Venezuelan government.

In 2018, the Trump administration blatantly exhibited its intention of inciting political turmoil in Venezuela by backing an illegitimate government under opposition leader Juan Guaido. While Biden followed suit.

However, the USA was dealt with a major diplomatic blow in Venezuela when the opposition legislature removed Guaido, who was used as a pawn, from the leadership position. This exposed the weakness of the foreign policy of Washington which was under the delusion that Guaido would topple the regime of Nicolas Maduro and create a government favourable to Biden.

China and Russia to the rescue

Following the failed attempt of the USA to influence the political affairs of Venezuela, Maduro is now reaching out to its allies Russia and China. In fact, the Venezuelan president has proposed the creation of a new international organisation comprising the Latin American and Caribbean nations which will have close relations with Moscow and Beijing.

Speaking during his annual speech to the Parliament, Maduro stated that he consulted with leaders of Brazil, Argentina and Colombia about this idea. Calling Putin and Jinping as his elder brothers, Maduro emphasised on the unity of the South American and Caribbean countries.

Venezuela’s criticism of the unipolar geopolitical order, which is dominated by the US, has been echoed by Russia and China. With the former stating that the endeavours to create such a configuration “have taken an absolutely ugly form” and the latter stressing that Moscow and Beijing are “promoting together the multipolar world and do not recognize unipolar hegemony.”

Now, the formation of a regional organisation, with close ties to Russia and China, in Latin America and the Caribbean can result in the erosion of  US dominance.

In fact, the recognition of the fact that partnership with Washington can lead to the demise of economic prosperity and political sovereignty is already evident in the policies of Venezuela’s neighbours i.e. the Caribbean nations.

As the St Vincent and the Grenadines recently condemned the US for circulating a vicious misinformation campaign against the Cuban regime. The harsh rebuke came in the backdrop of a meeting between prime minister Ralph Gonsalves and president Miguel Diaz-Canel.

While Cuba called on the international community to assist Haiti which has been troubled by Washington’s countless interventions and disruption of economic, political and social rise. Similarly, Trinidad and Tobago, which was the target of US sanctions and a fake threat alert for sending an oil shipment to Venezuela, is producing gas that threatens the USA monopoly over gas supply to Europe.

The US’s ulterior agenda continued to get exposed with the Dominican Republic pushing back against the onslaughts of the Biden administration’s on its migration policy. And finally, one of the most promising nations in the Caribbean, Barbados, ripped the US apart by calling it out for its false promise of providing climate funds during the COP27 and demanding reparations from one of its key allies i.e. Britain.

Therefore, if an international bloc of Latin American and Caribbean nations with close ties to Russia and China gets established in future, then it will be a remarkable step in the battle to save the world from the sinister clutches of the US. Generally, the involvement of the US in most sovereign nations has culminated in a spiralling political and economic doom.

Venezuela, Cuba, Dominican Republic, Barbados etc realise that the eradication of Washington’s hegemony is indispensable in the road to consolidation of territorial integrity and political stability. Fortunately, the proposal of Caracas will get widespread support from other strategically important nations of South America and the Caribbean and the US supremacy will vanish.