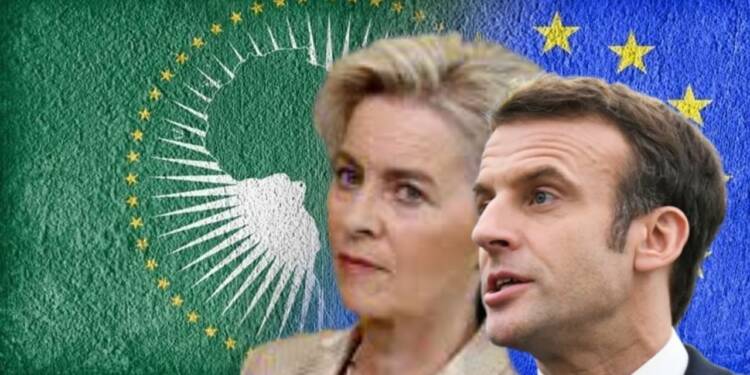 EU-AU summit: It has been nearly a year since European leaders and their African counterparts converged in Belgium’s capital, Brussels for a summit. It was billed as the beginning of a “renewed partnership’ between the two continents. However, after a year since the summit, the European Union is struggling to keep its promises.

EU-AU summit was held on February 17-18, 2022. The final declaration of the Summit was dubbed “the joint vision for 2030” issued by European and African heads of state. The vision aims at consolidating a “renewed partnership” emphasizing sustainable economic, and social development, and enhanced security cooperation to fight terrorism, prevent conflict and end migration flows into Europe.

Furthermore, EU-AU summit promised investments worth $25 billion per year over the next seven years in different sectors as well as 450 million Covid vaccines. However, a year later, the reality seems to be different as the EU is struggling to fulfill its promises. Similarly, there has been no major decision from Brussels on investments or infrastructure.

Rather than fulfilling its promises, the Ukraine war has forced Europe to look out for itself as it faced devastating economic consequences and it even caused tensions with African countries who didn’t explicitly support the West’s cause in Ukraine and chose to stay neutral. Furthermore, Europe’s commitment to Africa has also been doubted over the fact that it is still not keen on supporting a patent waiver on vaccines.

On one hand, countries like South Africa and India have led a long fight for the rights of developing countries to manufacture and access vaccines, tests, and treatments while on the other hand,  the EU has blocked such attempts.

Although, the EU-AU summit was an attempt by the EU to showcase that African countries could rely on the EU for their development. But the reality indicates that further dependence on the EU will push African countries towards “underdevelopment” rather than “development”. The hoarding of vaccines by EU countries, the discriminatory travel bans against South African countries, and the EU’s opposition to intellectual property (IP) wavier for COVID-19 tools have added to the existing mistrust.

Read More: The latest EU-Africa energy summit turns out to be a major embarrassment for West as no African country shows up

Another blow to Europe’s credibility

After the Ukraine war and the western sanctions against Russia badly backfired, Europe plunged into an energy crisis and has been looking towards Africa to fulfill its energy requirements. However, analyzing the current scenario, it can be stated that Europe has lost a huge percentage of African goodwill in recent times and has been facing geopolitical competition from its adversaries China and Russia.

To add further, Europe has been facing its worst credibility crisis in Africa given that France has already withdrawn its troops from Mali and Central African Republic.  Similarly, anti-French sentiments have been witnessed in Niger and Burkina Faso too. With Europe having miserably failed to bring peace and stability to the region and counter the Islamist insurgency, more and more African countries are shifting to the Russian camp.

At such a time, the failure of the EU-AU summit held last year to honor its promises brings another blow to Europe-Africa relations and makes the trust deficit even worse. Thus, the shelf life of Europe’s repackaged initiatives to revive the trust of African countries is questionable.

What is shifting cultivation what are its 5 disadvantages?