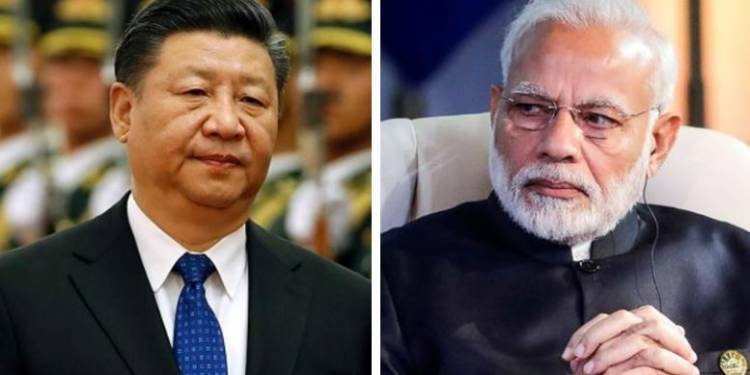 The number of bilaterals by India, Japan and Australia with ASEAN nations, signifies the investment these three members of Quad are making to counterbalance and contain China. Given the possibility of Trump not securing his second terms, these countries understand that the USA may not act against China with the same intensity. In line with these developments, India, Japan and Australia are signalling towards steering the anti-China ship on their own.

The latest comes with India-Philippines virtual summit between External Affairs Minister S. Jaishankar and his counterpart Teodoro Locsin Jr. During the virtual summit, India offered to give its Coastal Surveillance Radar System to the Philippines for improving Maritime Domain Awareness (MDA). The interesting bit is that this comes days after Mania has lifted its ban on oil explorations in the South China Sea. The two sides also revived a joint commission which had met, 5 years ago last time.

Read more: ‘We’ll go ahead without China,’ Philippines knocks China out with a sucker punch in the South China Sea

The MEA readout said that both countries agreed to further strengthen defence engagement and maritime cooperation. Giving precedence to military training and education, capacity building, regular goodwill visits, and procurement of defence equipment. Both sides agreed to further cooperate in the area of counterterrorism with intelligence exchange mechanisms.

Both Manila and New Delhi also agreed to work at providing scholarships to ASEAN students for study opportunities in IITs and other educational institutions. The meeting comes after a long halt and in the backdrop of Philippines’ attempts to reassert its sovereignty in its Exclusive Economic Zones in the South China Sea.

Read more: As India takes the Philippines away from China, Japan begins working on Vietnam and Indonesia

The Indian government has increased its engagement into the Indo-Pacific as the comradery between PM Modi and President Trump saw a rise. The Trump administration has catalysed the process of consolidation of like-minded countries in the Indo-Pacific. However, the presidential election results in the USA seem to go against the incumbent Trump, and in such scenarios, the other three Quad members have intensified their outreach in the Indo-Pacific to balance the absence of Washington.

While Japan has had bilateral meetings with Vietnam and Indonesia, Australian Defense Minister met leaders of Singapore, Philippines and Brunei and India has been engaging with Myanmar, Philippines and Indonesia. All these showcase the efforts which the three countries are taking in a co-ordinated manner to contain Chinese influence in the region.

Read more: After India and Japan, it’s Australia’s turn of QUAD diplomacy as it reaches out to Brunei

The ASEAN is central to the Indo-Pacific geostrategic world view, and it has been very vulnerable to falling into the Chinese sphere too often. It was the continuous presence of the United States which acted as a counterweight to the increasing Chinese influence, but with Trump most probably out of office, ASEAN may find it hard to decouple from China.

There are many reasons for it, be it supply chains being totally under Chinese control, or ASEAN’s need for investment and consumer market, it just cannot live without China if no alternatives are present. Historically, India has been the biggest counter-current to Chinese tides. Now as the USA may not be as involved in Quad as Trump would have been, the burden falls on the Indian, Japanese and Australian governments.

In line with these arguments, India has intensified its outreach to the ASEAN countries, the latest Philippines meet is an example. India’s Act-East policy is now in full swing, given the continuation of border tensions with China, India is upping its game in the South China Sea to contain and counter the Chinese.

South Korea’s warnings are clear: Biden’s North Korea policy can easily turn into a disaster if Trump’s legacy is not followed