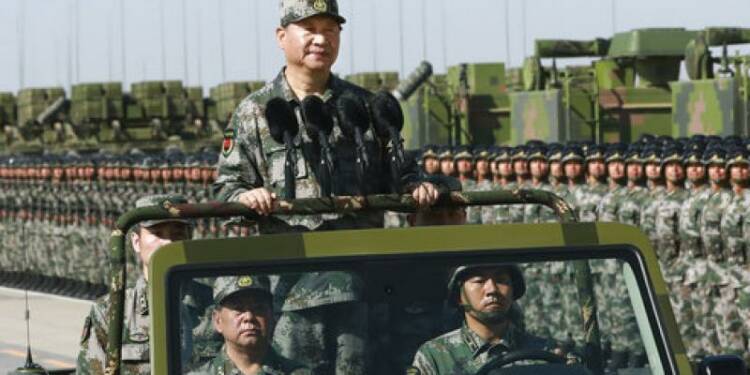 The Chinese Communist Party owned People’s Liberation Army is enthusiastically making a suicidal move, albeit, out of sheer desperation. In a bid to perhaps save face in the Himalayas where it has gotten embroiled with the battle-hardened Indian forces, the PLA is now desperately on the lookout for Tibetans to serve China as soldiers. Essentially, the CCP is working out a mechanism where the Tibetans help the Chinese state in colonising Tibet, which is already a victim of illegal Chinese occupation. This comes after it was recently reported that on an average at least one PLA soldier was dying daily due to the extremely cold climatic condition prevalent in Eastern Ladakh.

With temperatures going down to -40°C in the region, the PLA is finding it increasingly difficult to keep its troops barely alive. Despite rotating its troops from the frontline areas on a daily basis, things are simply not working out for the wimp-saturated militia which China parades around as a professional army. According to Times Now, having failed all options, the PLA is now looking to induct Tibetans to serve in the PLA.

Read more: ‘Eliminate them,’ Frustrated by India’s counteractions, China is launching another drive of ethnic cleansing in Tibet

Of course, there is a long list of qualifications which Tibetans must need to fulfil in order to make it to the ranks of the coveted armed force of China, which fought its last battle in 1979 against Vietnam and lost miserably. The Tibetans applying for the PLA have to be young men whose parents or at least, relatives have been part of the Chinese Communist Party. They must not have links with the Dalai Lama, who has been living in India for nearly 60 years and is hated by the Chinese Communist Party. Further, they should not have links to overseas organisations and they must be vociferously pro-China.

Read more: China is trying to create better versions of their little emperor soldiers by biologically enhancing them

The Chinese leadership is short-sighted, which is why they are not being able to see through their desperate move, and the repercussions it might have. With the induction of Tibetan soldiers into the PLA, China is essentially laying a wreath on its own grave.

As and when Tibetan soldiers gain a considerable foothold within the PLA, China will simply be kicked out of occupied-Tibet. If there are people who hate the Chinese Communist Party from their very core, they are the Tibetans. While Tibetans joining the PLA in large numbers is a near impossibility, those getting into the sham of an armed force will spell a death knell for Chinese occupation of their territory.

The Han-Chinese dominated PLA is an egotistical, yet, cowardly force. TFI has been at the forefront of reporting how the PLA is an army of little emperors with no real combative skill or knowledge. Close to 70 per cent of the Chinese military force is comprised of single-children, with no siblings. As such, they have been brought up as pampered “little emperors” by parents and grandparents.

In what aggravates the CCP’s woes, they end up deploying such wimps to the frontlines to face a battle-hardened Indian Army. Needless to say, without proper acclimatisation and winter clothing, Chinese soldiers freeze to death at heights ranging from 15,000 – 18,000 feet. The Tibetans are being roped in by the Chinese for this precise reason. Unlike soldiers from the mainland, Tibetans are well-acclimatised with the weather conditions and heights of their land, which is why China is hoping to deploy them against India.

What the CCP and PLA fail to understand, however, is the fact that India has already deployed mighty Tibetan warriors from its highly-covert Special Frontier Force in Eastern Ladakh. The Special Frontier Force has already taken part in major operations, including the ones launched by India to gain control of strategic heights in the Pangong Tso region, while catching China by surprise. As such, for the CCP to think that the Tibetan people will serve shoulder-to-shoulder along with other Chinese supremacists to only further the Chinese occupation over their land is a no brainer.